Home » How to build success in business

How to build success in business

Lessons from the creators of ClassPass & Dave’s Killer Bread Posted by: Team Tony

ClassPass users around the world have logged more than 100 million hours of workouts, while Dave’s Killer Bread is flying off shelves at a record pace. What do their founders attribute the success of their brands to?

At a recent Business Mastery event, Tony Robbins hosted an in-depth conversation with Payal Kadakia, the founder and CEO of ClassPass, and Dave Dahl, the founder of Dave’s Killer Bread, on how to build success in business.

While Payal and Dave have very diverse backgrounds and entrepreneurial stories, they both harnessed challenges, obstacles and disappointments to drive them, rather than destroy them. They became servant leaders, dedicated to the needs of their raving fans, which translated into incredible opportunities to change the world through innovation and inspiration.

ClassPass: A story of community

ClassPass is this decade’s first unicorn, a start-up that reached a billion dollar valuation. But it is Payal’s passion for and dedication to her company’s mission of providing soul nourishing experiences to its community that drives her daily. It’s a mission that’s deeply personal: Payal was bullied as a child, an experience that ultimately led her to discover dance as an outlet. Now, she’s driven to create that sense of community for others.

Payal says, “It was never about how big it was going to be, what valuation we were going to get … it really came from a mission.” She emphasizes the importance of finding your purpose and never losing your connection to your “why.” That’s what will give you the belief in yourself and your business that will eliminate your fear of failure.

This is why true entrepreneurs have a radically different view of failure. Payal agrees, saying, “If you want success you’re going to experience failure. They’re just two points in the journey.” The important thing is to find the lesson in your failures and get up as quick as you can.

You’ll also hear Payal talk about her first, failed venture, why the concept of minimum viable product is essential and how ClassPass created a culture of innovation that allowed them to quickly pivot during the latest recession.

After spending 15 years in prison, Dave Dahl seized his second chance by creating healthy, great-tasting bread recipes that became Dave’s Killer Bread. He sold his company a few years ago to the second-largest bakery in the nation for $275 million. It wasn’t easy for Dave to build personal and professional success. He underwent a complete transformation to get where he is today.

After hitting rock bottom, Dave took his first step toward change: Asking for help. This was a big deal for a man who always cared what others thought. He says, “The humility that I discovered was the most powerful thing I ever learned.” He was also able to attend a business program that changed his life.

Dave went to work for the family business, NatureBake, and began creating his own recipes. But that business had been around for 50 years and desperately needed to rebrand. Dave had the solution: his story. “I felt in my gut that telling my story mattered,” he says. He created Dave’s Killer Bread, wrote his story on the back of the bags and the rest is history.

Listen to the podcast to learn more from Dave on releasing destructive patterns and creating empowering new ones, taking responsibility for your own life and discovering the power of giving back. 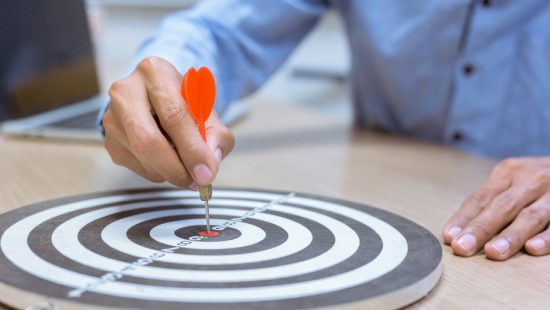 Payal and Dave are living proof that success doesn’t just happen. It has nothing to do with luck – and everything to do with your willingness and ability to transform your mindset, learn from your failures and use the power of your story to build something great.