How to #win at social media

A social profile doesn’t equal a powerful public presence. Creating and building steady engagement across social media channels with your company or brand is no longer a should — it’s a MUST — for businesses of every size.

The oceans of potential fans and customers can seem daunting, filled with predators poised to pounce on any unwitting brand or company for making the slightest social faux pas. Remember, far from being passively bent by your online interactions — the official response from a brand or business defines the meaning of the interaction, to the original poster. Learn when, why and how to respond best to avoid flame-outs and start stoking your raving fan culture. 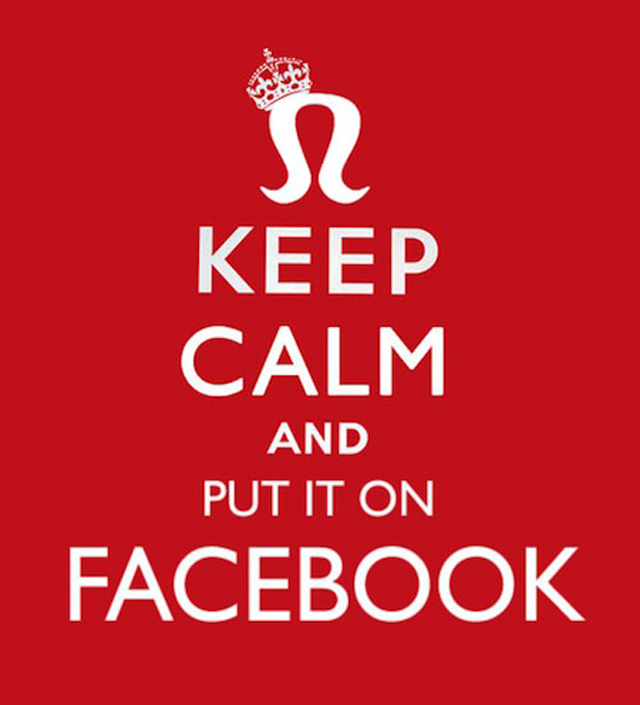 Your company or brand’s Facebook page and Twitter handle is now the first point of contact for all interactions, positive or negative, as Entrepreneur explains. People are motivated to share great experiences, as well as complaints, suggestions, questions or even cordial jokes — and more often than not, expect a reply or acknowledgment.

A recent study by Goldman Sachs revealed that businesses who use social media well are 34% more likely to be trusted by young, working-aged people. As the population of professional millennials reaches an all-time high, so must your business’s social media presence. But, before you can convert the millions of upwardly-mobile young people into brand advocates, you need to consistently refine and optimize your approach to social media branding, marketing, PR and cultural impact.

Stop thinking of your social channels as a campaign and start appreciating the power of the constant conversation — harness and build authentic, lasting influence.

If you’ve ever received a public reply to one of your Tweets or Facebook messages on an official brand or company profile, you remember the “warm fuzzy” feeling of being publicly acknowledged. Handled effectively, social recognition rewards are not only free of cost, they can help convert casual customers into vocal brand advocates who contribute (positively) to a company’s cultural impact.

Users who post positive messages love the illusion of interacting with the brand-as-friend.

Forbes recommends striking the right balance between hands-on management and automation through a combination of personal engagement and easy-to-master apps like Hootsuite, Buffer, Narrow.io and Twibble — ranging from timed updates to scheduling longer content postings across your most active channels.

For more and more consumers, an official Facebook page, Twitter or Instagram handle has become the go-to point of contact for any and all customer-service experiences. While large companies can allocate healthy budgets to new media departments, small and medium-sized business owners typically operate their own social channels. The last thing any SMB owner needs is the time-suck crisis that can quickly evolve from mishandling even the most innocuous negative post from an unhappy customer. To avoid or minimize the negative impact, be aware of the most obvious indicators that negative awareness is bobbing up before the situation escalates. 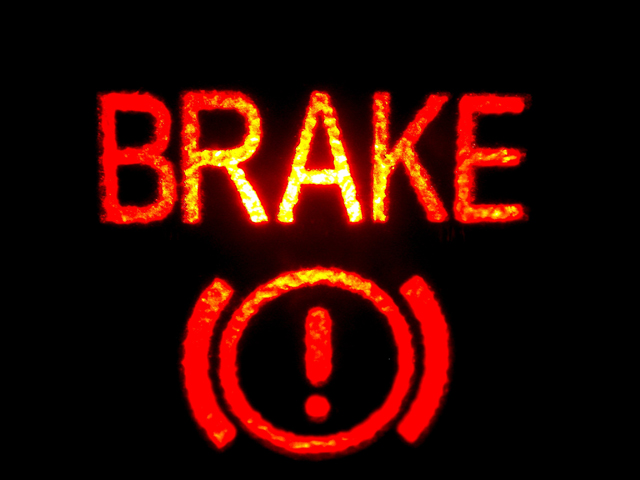 You are not working toward a specific outcome

Social media is no longer “the new big thing” — it’s a set of tools to help you move toward your desired goals in sales, marketing, PR and brand awareness. Decide which growth-point is most vital for your business now and adjust your strategy accordingly; increasing sales, growing awareness, reaching new audiences and minimizing negative experiences are important, but separate, goals.

Your engagement levels are low

When a follower posts a relevant response to one of your messages, you need to respond in a timely manner and with equally relevant content. Even short “thanks!” can go a long way. The strongest relationships developed via social media begin through interaction based on shared interests, values or experiences. Without the same give-and-take you’d engage in face-to-face it’s nearly impossible to create and maintain lasting rapport.

You are begging for followers and approval

It may seem counter-intuitive, but asking for “Likes,” followers, favorites and shares across any social media channel is an immediate turn off, as explained by Mashable. Not only as an obvious sign of desperation, begging reduces any amount of social proof you’ve built solidly through reputation. Even worse than the perception of low value, asking outwardly or even paying services for new followers can automatically flag your official accounts as potential scams, or spam — often requiring rigorous amounts of effort on your end to reverse and repair. Any sense of desperation can repulse your current followers who will most likely “unlike” you very quickly.

Your social media feed is too focused on product promotion

The 80/20 rule outlined by Entrepreneur can keep your business or brand’s reputation free from the crass, commercial-minded misstep of just shilling for a quick buck. Social media is an arena best used for generating and expanding awareness, adding broader value through conversation and building relationships with like-minded people who will become clients, customers or advocates. Pushing a product or service as a value-add within a conversation, or in the context of news, helps avoid being labeled a spammer — or worse, being mocked. 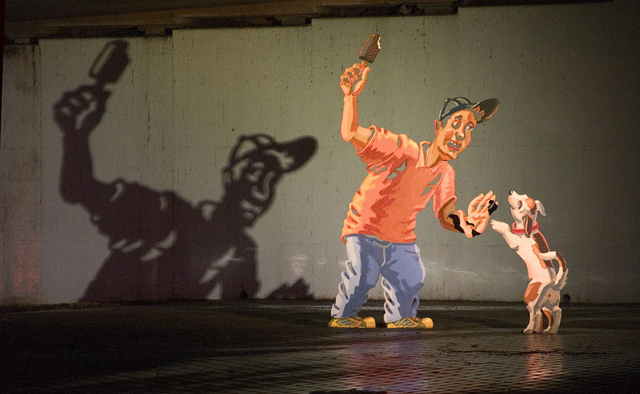 HOW TO PLAY KEEP-AWAY FROM THE SHAME-GAME

At first blush, social media mostly resembles an overactive playground — where different conversations, games and lively interactions overlap and intermingle with no apparent divisions or organization. However, if you ever stepped onto the wrong area of the blacktop as a child, only to be suddenly struck by a ball, or disrupted play in progress, you understand the need for awareness — not only of your surroundings but of the context within.

Recently, major brands like Denny’s, Ragu and Toshiba have stumbled in the social media playground, not only shamed by users for co-opting slang and cultural memes, but elevated to the international level by blogs like Gawker Media, who delight in magnifying public brand embarrassment into world-wide exposure.

While every major corporation has resources allocated to PR, social media and marketing, most small business owners are simultaneously running the till, dealing with clients and handling social branding.

Viewers of Gordon Ramsay’s Kitchen Nightmares will remember the famous disaster-piece episode featuring Amy’s Baking Company — a small business in Arizona outrageous enough to steal their own waitstaff’s tips, berate customers and refute Ramsay’s help, on television. To add injury to insult, the Amy’s owners posted furious rants on Facebook and Yelp that immediately exploded as entertaining viral content — then as massively damaging PR that ended up ending their business. Amy’s Baking Company not only warranted a follow-up episode from Ramsay, their behavior was explored in-depth by Forbes in their “Six Things You Should Never Do On Social Media” exposé.

So, how do you promote your business while staying out of the line of fire? Keep calm and read on! 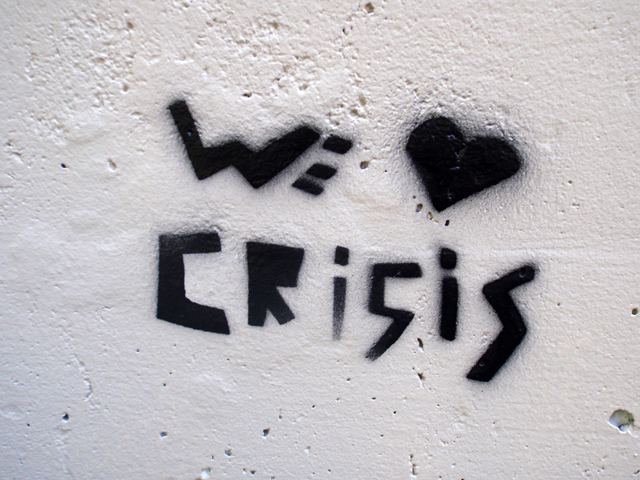 HOW TO MANAGE A CRISIS ON SOCIAL MEDIA

IN A CRISIS: Learn to distinguish unhappy customers from trolls. If a customer or client shares a negative story or comment, don’t engage immediately. If you can’t respond privately, express empathy for their experience and offer to open a calm dialogue, over direct message, to resolve the issue. Reaching out privately is always best as it reduces the opportunity for the exchange to become magnified as a public performance.

DON’T EVER: Don’t respond to trolls, ever — use blocking features or report them. Give yourself a waiting period when responding to negative comments, to reduce the potential blowback from posting in anger.

WHAT’S BEST: LinkedIn is a must for any business, brand or working professional — it’s most powerfully used as continual networking, recruiting and value sharing.

IN A CRISIS: Users are less likely to post reviews of businesses, though personal recommendations are incredibly common and encouraged through the platform’s interface. However, comments of any kind can be posted in response to individual posts, which typically run for a short lifecycle in user feeds.

DON’T EVER: Avoid using LinkedIn for content that is excessively personal, or not relevant to a business networking audience. Joining LinkedIn groups to post offers, obvious ads or low-value posts is considered spam, at best. Purchasers of LinkedIn InMail plans allow users to send messages to users they aren’t connected with, but observe common-sense rules and don’t spam.

WHAT’S BEST: In the realm of business, Twitter has replaced customer service as a first point-of-contact for both negative and positive experiences. Observe basic rules for addressing complaints, criticisms and troll messages in this, most volatile, of all public spheres and transition disputes to private, direct messages whenever possible. Twitter is key for expanding awareness, special incentive offers and linking to longer-form content that add value. Just be careful while co-opting popular memes, current slang and trending hashtags without forethought, or risk stirring up ridicule.

IN A CRISIS: More so than any other channel, Twitter makes mass-conversation as easily spread and impossible to control as a wildfire. For good or groan. If you’re not actively provoking controversy, your small or medium-sized business likely won’t ever inflame a negative PR storm.

DON’T EVER: Block trolls rather than responding directly, but don’t ignore legitimate complaints — users can easily launch smear campaigns against brands and businesses they feel have slighted them. And don’t ever feel discouraged by the possibility of negative feedback — unless your business has a problem or conflict with multiple people simultaneously, the likelihood of bad PR surrounding an SMB is slim-to-none.

WHAT’S BEST: Unless your company is online-only, listing on Yelp is becoming perhaps more vital than LinkedIn for any business involved in customer service, retail or brick & mortar. Once listed, add rich descriptions and all relevant information, as well as photo galleries to ensure your first-glance impression is a first-class lure to potential customers and clients. Be careful of asking or aggressively incentivizing users to post positive ratings in exchange for discounts or freebies — feel free to reward great reviews, privately. The use of discretion will help create that “warm-fuzzy” illusion, making a lasting positive impression.

IN A CRISIS: Yelp is becoming notorious for angry, negative and even satirical business reviews. The rules of engagement listed earlier are perhaps even more vital to adhere to, as your collective, user-submitted star-rating on the site can either massively boost or bury a small business struggling to get noticed. Be careful with public replies; even an innocuous positive message to a happy customer can create a distancing effect with every other person you didn’t personally thank or acknowledge.

DON’T EVER: Take a lesson from Amy’s Baking Company’s failure and don’t ever post angry, vitriolic or argumentative replies to negative reviews. Always offer to discuss and mediate the situation over a direct message to maintain contextual control. Even if the negative review remains, users will have the opportunity to view your level-headed response and offer to rectify the situation.

For more ways to take your business to the next level check out Tony Robbins on YouTube, Facebook, and LinkedIn.