The future of work in an AI economy

What this means for jobs, income and human purpose Posted by: Team Tony 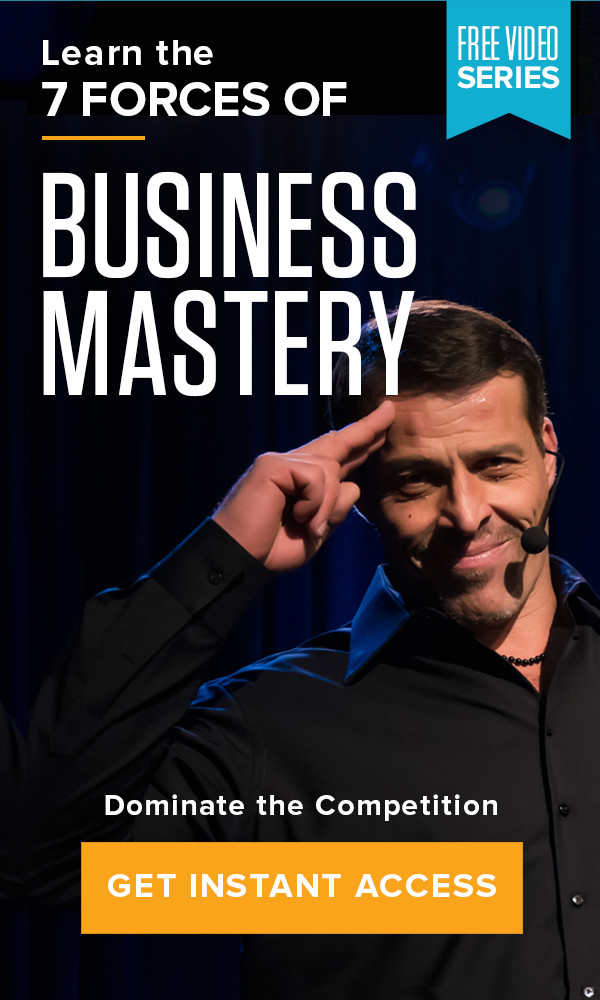 The following is an excerpt from an interview between Tony Robbins and Dr. Peter Diamandis about how technology is reshaping the future of work, education, food sources and human longevity. To watch the full interview, go here.

TR: Most of us know technology is displacing jobs. If you look 100 or 200 years ago, 80% of us were farmers. Now it’s less than three percent. We feed the whole world. So those jobs disappeared, and they were replaced by other jobs. No one ever thought that being a webmaster or writing copy for websites would be something. But the difference today is that the pace of change is so different.

So for my first question – is technology really displacing jobs? Or are they just being replaced? And if that’s currently true, do you see that continuing where we’ll be able to destroy certain jobs, create new ones, become more productive as human beings, and do things that aren’t so repetitive – but that are more meaningful? Or are we going to get into such a tempo, like Ray [Kurzweil] talks about, where [we get to a] velocity where all of the sudden we have people out of work – and you’ve got the rich getting richer, and the poor getting poorer? Where do you see that, and how do we address it?

PD: The challenge is that the data is on both sides of the fence, right? So there’s no question that the speed of disruption is increasing. We’re seeing Amazon with these automated shops you go into – there’s no cashier or checkout person, no one’s stocking. Eventually it’s going to be robots and AI taking the majority of these jobs. And the stats that we’ve seen, is that 40, 50, 60 percent of jobs domestically – even a larger percentage overseas in the developing world – are getting lost.

And the question is, can we uplift ourselves and actually partner with AI and robotics to do that? I don’t know. But what I do know is I see a lot of fear. And I think this is where our partnership comes in. We want to talk about what the stats are showing us, but also, how you reduce that fear in people because it’s hitting not only our income, but our sense of purpose.

TR: Yeah, I agree. People have two extremes. They’re either a technology person and [believe] technology solves everything, and it’ll be perfect no matter what. I think that’s true long-term – but I don’t know if it’s going to be true in the short-term because of the pace of change. And then there’s the other people [that believe] it’s the end of time because we’re going to have total anarchy. The truth is probably somewhere in between the two, and we both know that.

PD: I mean, I just sat down literally last week, with our mutual friend, Ray Kurzweil. We were talking about brain computer interface, right? Ray’s prediction is that in the early 2030s, we will be connecting our neocortex with the cloud – and you can spin up a million times better memory or processing power […] So at the end of the day, what does a job mean? Most people have a job…

TR: …But they don’t necessarily love their job. It’s dread for most people. When I ask people, “What do you do? What’s your work, what’s your mission, or what’s your career?” If they say “work,” it is work. If they say “career,” there’s a more compelling aspect to it. They’re building something. If it’s their mission, they’ll do it 24 hours a day […] because it feeds them. So it’s finding the meaning that is really the critical piece.

I think the opportunity that technology brings is freeing up those repetitive tasks that do not require you to really grow and expand as a spirit, as a soul, as a human being. The question is the bridge. So if we have this massive disruption, and if it happens too quickly, what’s your view of Universal Basic Income (UBI)?

[For example] cars – there will be a service coming that is going to knock your car payments per month down a factor of five or 10 where you’re being chauffeured around. You’ll have lots of free time and no more car payments […]

Electricity is coming down from seven cents per kilowatt hour with coal down to eventually one penny or less for solar, and then we have clean water. I think AI is going to eventually deliver us completely demonetized education and healthcare. So I think UBI is going to be important. I think there’s no question when you talk to folks like Elon Musk, Larry Page, Richard Branson and Jeff Bezos – they’ve all bought into the idea of UBI, or where you get paid something every month for just being a citizen of your country.

TR: It’s the dividends of your country – the benefit of our economy for everybody out there. But the idea is having that number be small enough that people still have a desire to work, because you don’t want to take away that aspect. The biggest thing […] is figuring out what’s going to make things more meaningful. You and I share the idea that what’s really disruptive is some form of dividends, specifically from that robot or the group that replaced that job.

PD: So one of the ideas is universal basic income, but imagine the idea of universal basic ownership. So if I’m an Uber driver today, and I make my income from driving that Uber, but tomorrow there is an autonomous distributed network that [does not include] humans. What if, instead of me just losing my job, if I were the owner of that autonomous Uber? And it was working for me? So you become the King or the Queen or the Pharaoh with all these robotic slaves working for you. There’s still meaning to be had in that workforce doing things for you.

TR: We still need to have rewards for some form of effort, because you and I both know [that if you] get something without effort, how long do you value it? It’s creation, and it’s understanding the effort that it took to make that happen that makes you value it. So somehow we have to find that balance.

The excerpt above is from an interview between Tony Robbins and Dr. Peter Diamandis about how technology is reshaping the future of work, education, food sources and human longevity. To watch the full interview, go here.

Dr. Peter H. Diamandis is the Co-Founder and Executive Chairman of Singularity University and Executive Chairman of the XPRIZE Foundation. In 2014 he was named one of “The World’s 50 Greatest Leaders” by Fortune Magazine. Diamandis is the New York Times Bestselling author of Abundance – The Future Is Better Than You Think and BOLD – How to go Big, Create Wealth & Impact the World. He earned an undergraduate degree in Molecular Genetics and a graduate degree in Aerospace Engineering from MIT, and received his M.D. from Harvard Medical School.