5 ways to fuel your brain

We tend to think that a loss of mental acuity is just part of getting older — but age is not the only contributing factor to cognitive decline. Our lifestyle also plays a key role. Failing to follow a nutritious diet, a lack of sleep and exercise, ongoing stress, smoking, drinking alcohol excessively and environmental pollutants can all damage our brain cells.

Fortunately, mental deterioration is not irreversible. In fact, the brain is incredibly dynamic and has the potential and the ability to change at any point throughout our entire life – and you have the power to enhance your brain function, protect your brain from damage and counteract the effects of aging! That is, if you’re willing to fuel the brain and tweak your everyday decisions.

Here are 5 small changes you can make in your life that can mean big differences in your cognitive abilities: 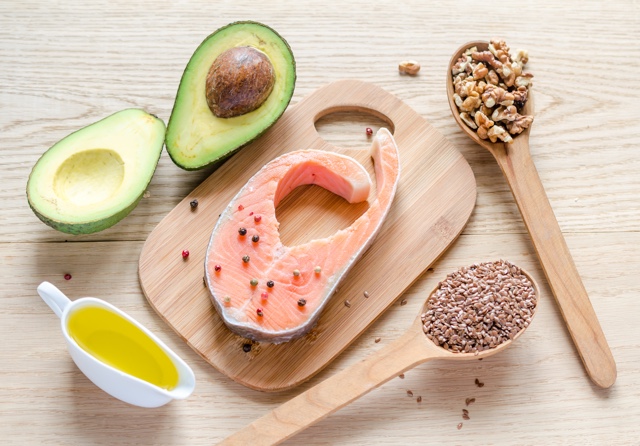 What fuels your brain? Healthy fats like omega-3 fatty acids — which are found in brain fuel foods like salmon, flaxseed and walnuts — offer a number of health benefits, such as improving cognitive performance and warding off mental and mood disorders. These fatty acids can support brain plasticity, which is your brain’s ability to change in response to stimulation demands placed on it, which could then enhance the expression of several molecules related to learning and memory.

In one of the largest studies of its kind, researchers analyzing the diets of 12,000 pregnant women found that children of those who consumed the least omega-3s were 48% more apt to score in the lowest quartile on IQ tests. And in a similar study, 396 children between the ages 6 and 12 who were given a beverage with omega-3 fatty acids showed higher scores on tests measuring verbal intelligence and learning and memory after 18 months than a control group of students who did not consume the drink.

A deficiency of omega-3 fatty acids in humans has also been linked to a increased risk of mental disorders such as attention-deficit disorder, dyslexia, dementia, depression, bipolar disorder and schizophrenia. One study found that individuals who consumed more omega-3s had increased volume of the brain’s gray matter volume, especially in the hippocampus, the part of the brain associated with self-awareness, compassion and introspection.

For all of these reasons, if you’re wondering how to sharpen your mind, give it the right brain fuel by consuming more healthy fats. If you’re unsure how you can add these specific foods into your diet, you can always buy omega-3 supplements at your local grocery or health food store. 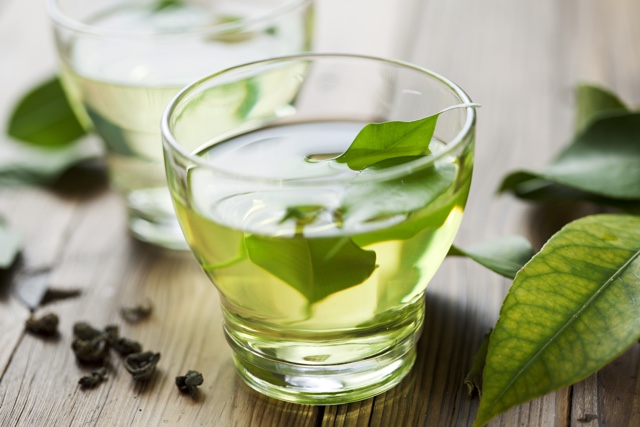 Green tea is hailed throughout the world as a miracle worker for the mind and body. A rich source of antioxidants, nutrients and minerals, green tea is well known for its ability to protect the body from free radicals. Green tea is also known for its ability to increase the body’s natural fat-burning processes and boost the body’s metabolic rate. But did you know that drinking green tea regularly can also potentially lead to enhanced cognitive functionality, and, in particular, boost the working memory and stimulate your brain?

In a 2014 study, researchers worked with 12 healthy volunteers who each consumed either a whey-based (dairy) soft drink that contained 27.5 grams of green tea extract or a similar beverage without the green tea. The participants were then administered working memory tasks while undergoing functional magnetic resonance imaging (fMRI). The results revealed that those who consumed the green tea extract showed increased connectivity between the parietal and the frontal cortex of the brain, and, ultimately, performed better on the tests. 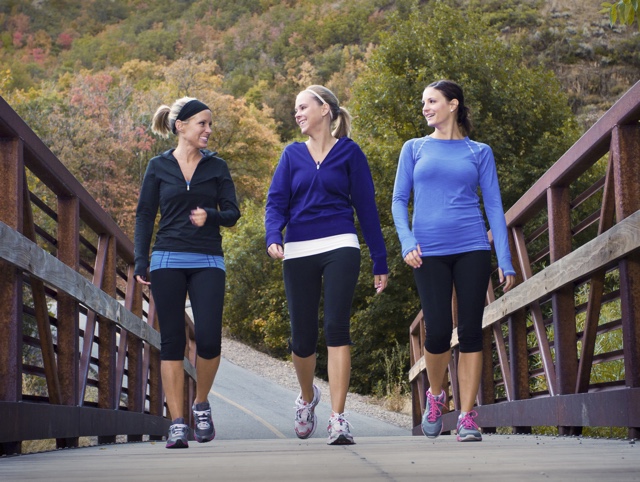 For decades, researchers have been discovering evidence of the positive relationship between physical exercise and cognitive performance. In fact, there are a number of studies that have shown how exercise helps the brain resist physical shrinkage, enhances cognitive flexibility and sharpens the mind. Other studies also concluded that individuals who exercise regularly have healthier brains and perform significantly better on cognitive tests than those who are sedentary.

But if you do not have time to incorporate physical activity into your regular routine, does this mean you are at a serious disadvantage? Not necessarily. Neurologists have found that even moderate exercise, such as walking for just 40 minutes three times a week, can stimulate your brain and enhance the connectivity of important brain circuits, combat declines in brain function due to aging and even increase cognitive skills.

Stretching has also been found to have positive effects on brainpower. In one study, one half of the participants added stretching and toning to their weekly routine, but changed nothing else about their lifestyles, and the other half added moderate aerobic activity to their routine. The aerobic activity boosted the brain more effectively than the stretching and toning, which was not a surprise given the already documented benefits of exercise, but those who only stretched and toned still had better results on cognitive performance tests after one year into the study than they had at its onset. 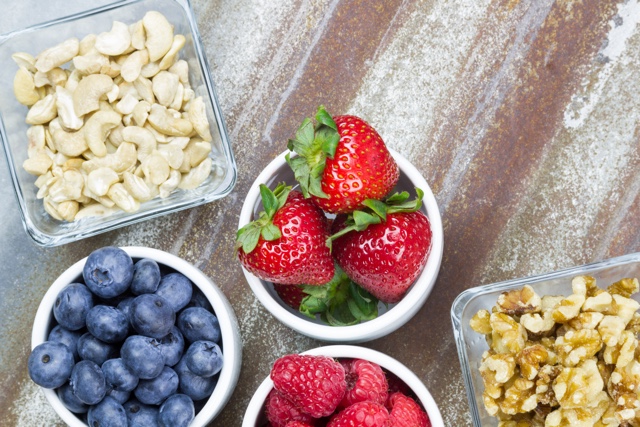 How often do you think about what you’re eating? While it’s unhealthy to be obsessed over your diet, it’s important to recognize the vital relationship between diet and brain functionality. For example, research has shown that children who ate breakfast before school exhibited better memory and acquisition skills while learning. Another study found that individuals who kept healthier diet habits had a reduced risk of cognitive decline as they got older. Food is literally fuel for the brain, as well as for the rest of your body.

But eating a healthy, balanced diet is only part of the equation. There are some foods that serve as brain fuel and have been shown to improve brain function, protect against age-associated cognitive decline and encourage focus and clarity. Here are a few items you may consider adding into your diet more heavily.
•    Nuts, for example, are a rich source of magnesium, a mineral that has been linked to improvements in both short- and long-term memory.
•    Broccoli, which is full of vitamin K, is known to enhance cognitive performance and bolster brainpower.
•    Pumpkin seeds provide your body with zinc, which is critical for enhancing memory and thinking skills.
•    Blueberries contain anthocyanins, or antioxidants that support neuron-to-neuron communication in the brain and may help prevent memory loss.
•    Dark chocolate has been shown to increase brain characteristics of attention and focus.
•    Leafy greens, asparagus, olives, and whole grains are also full of vitamin E, which is likely to help prevent cognitive decline, especially in older individuals.

By incorporating these brain superfoods into your dietary regimen, you may be able to build brainpower in ways that you can’t from other strategies alone.

5. MUSIC FOR THE MIND 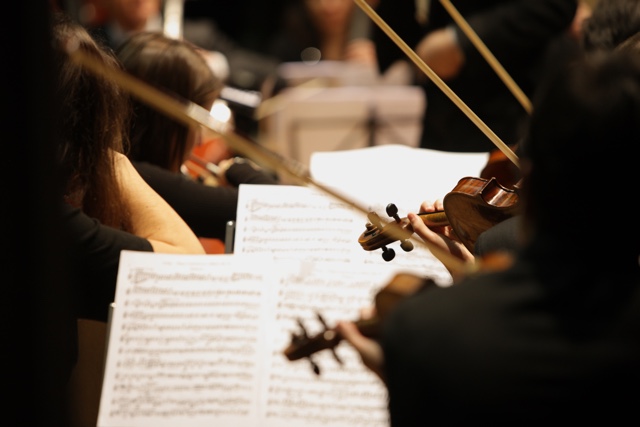 In a 2011 study, 40 pre-op patients were assigned either to a music group in which they listened to instrumental music, or to a control group in which they listened to a non-musical placebo. Both groups listened to their respective audio stimulus for about two hours before and then during their operations. Researchers found that during the surgical process, the patients in the music group exhibited lower propofol consumption and had lower cortisol levels than the control group.

Cortisol levels matter because neuroscientists have found that chronic stress and cortisol can trigger long-term changes in brain structure and function. In a series of experiments, UC Berkeley associate professor of integrative biology, Daniela Kaufer, and her colleagues, found that chronic stress and elevated levels of cortisol can lead to the overproduction of myelin-producing cells and fewer neurons than normal.

Classical music in particular has also been shown to aid in the development of better concentration levels. Just last year, a study from the University of London’s Institute of Education found that exposing children to a range of classical music led to enhanced listening skills and the development of increased concentration and self-discipline. A similar study from the University of Dayton found that students performed better at spatial and linguistic processing when Mozart was playing in the background.

If you’ve been looking for an easy and pleasant way to stimulate your brain, think of classical music as brain fuel. Tune in to the classical station as you commute to work, or patronize your local symphony to sharpen your mind as you support arts in the community.

So, what fuels your brain? It’s a combination of various foods and activities. By creating and sustaining a healthy lifestyle, you improve your chance of retaining and sharpening your cognitive abilities.