Home » The Tony Robbins Blog » Love & Relationships » Has your trust been betrayed?

Has your trust been betrayed?

How the cycle of thoughts-feelings-behaviors can restore trust Posted by: Team Tony

Many people may think that love is what allows us to overcome obstacles in relationships, but in reality, it is trust. Trust is the glue that holds the relationship together, and without it, the relationship ceases to grow. Have you ever had someone you love betray your trust? It’s a gut-wrenching feeling. You feel it in the pit of your stomach, and you feel it in your heart. But trust is not just a feeling of the heart – it’s also connected to our brain patterns and processes.

The inclination to trust is wired into our DNA. In fact, when trust is betrayed, the neural networks and regions of the brain associated with trust disengage and shut down. The parts of the brain that had formerly been associated with positive emotions and acceptance toward the other person are now replaced with animosity, suspicion, and resentment. Most people can relate to that feeling, no matter what side of the trust equation they are on. 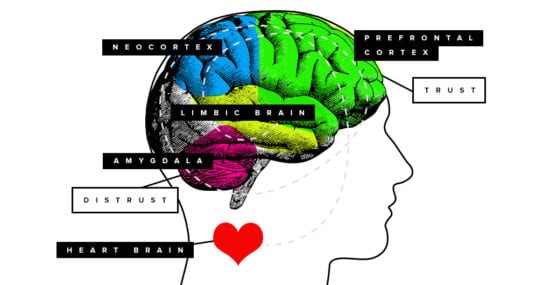 A case of damaged trust

Martin and Bonnie were a couple from the Midwest carrying scars and emotional baggage from their lives and relationships. Their trust had been deeply eroded by toxic behaviors, words and attitudes. When they attended one of our LIFE marriage retreats, it was clear that they were facing a particularly thorny path back to restoring trust in their relationship.

Bonnie felt that Martin was unsympathetic of the pain she felt, and that he really did not acknowledge his part in creating that hurt. Martin felt that he had offered support to Bonnie in the past, but believed that she was mired so deeply in her own feelings that she was unable to see how much he was hurting and frustrated by their relationship coming off the rails. As Tony points out, partners in pain or uncertainty often engage in unhealthy behaviors that push healing and intimacy away.

The cycle that Martin and Bonnie were experiencing is a commonality among every struggling relationship as a result of allowing unhealthy thoughts, behaviors and feelings loose. First these thoughts show up in our minds, and then they show up with tooth and claw in the relationship.

The ways in which we think, feel and behave are all linked, and each influences the others. For example, when you think you can’t rely on your partner for support, you might behave in ways that push your partner away, or build protective walls that keep them from giving the very support that you crave, leading to feeling unsupported, angry and lonely. These feelings continue the cycle and influence your thoughts in even more negative ways as you seek evidence to prove why your partner cannot be trusted. Your resentment leads to behaviors that create an even greater distance between you and your partner, and the cycle rolls on. You become increasingly frustrated with your relationship, more critical of your partner, and give up hope. With every negative thought, emotion, and behavior trust is further compromised.

It’s clear that Martin and Bonnie are in this cycle dilemma – Bonnie feels unsupported and misunderstood; Martin feels rejected, then also misunderstood and unsupported. And they both feel lonely. Does this cycle sound familiar to you in your own relationship? 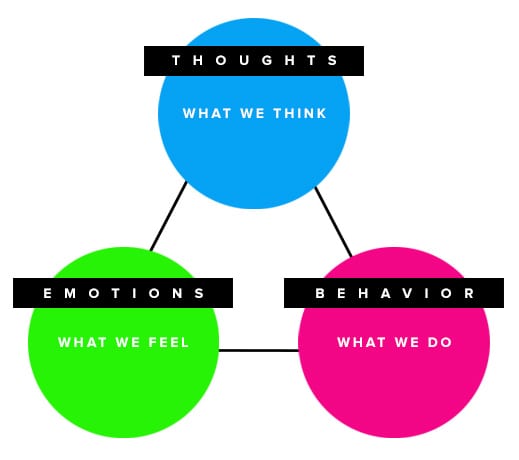 As the retreat progressed, there was a perceptible shift in their tone and attitude. Bonnie was speaking about a very painful experience that had never been resolved. Martin was aware of this experience, but had grown impatient hearing about it and had previously projected an attitude of “just get over it” to Bonnie.

But in this moment, Martin’s eyes came back and met Bonny’s. His face changed from passive endurance to careful listening – as this time, he was inserting something different into their negative cycle. It was remarkable to observe his ears make a connection with his heart. He then spoke the words that ultimately changed the direction of their relationship: “That must have been very painful for you.”

He spoke with a depth of feeling and sympathy. Bonnie looked at Martin in wonder. Tears came into her eyes as she sensed Martin’s empathy. She said just a few more words about the long ago incident, then said to Martin, “I know these past few years have not been easy for you. I think I forgot how to be a good wife and friend to you.” Martin’s eyes misted over with tears.

How you can alter your own cycle

Because thoughts, feelings and behaviors are linked, if you want your relationship dynamic to change, you can enter the cycle at any point – as any change you make is likely to start a series of changes. So if you change your behavior – as Martin did in this case by expressing a willingness to better understand and support Bonny – the next thoughts, feelings and behaviors in the cycle were changed for both of them.

As Tony often says, the key to any romantic relationship is to give to your partner without any expectation of receiving. And in that moment, Martin gave to Bonnie without demanding anything in return.

By opening himself to Bonnie’s perspective, he had a profound breakthrough:

The shift in Martin’s cycle invited Bonnie to a space where:

With each accountable, truthful, and caring word and gesture, wounds were healed and mutual trust grew – and it all started with Martin making the effort to shift out of his own selfish negative cycle to better understand Bonnie’s perspective. It accelerated with his willingness to trust that his wife’s feelings were real and, with his courage, to speak words of peace and empathy from his heart. Just like Martin and Bonnie, you also have the power to alter the cycle and create a stronger relationship.

LIFE Marriage Retreats has been a leading marriage retreat in North America for over a decade. As a team, they have authored 8 Principles: One Couple’s Journey From Darkness to Light and are the creators of Rescuing Trust, a transformative online video training course designed to rebuild trust in any relationship. Their innovative approach to marriage intervention utilizes training, experiential learning and a highly specialized form of counseling to transform relationships.

Why is love blind?

How to rekindle a relationship

Healthy expectations in a relationship