Create the extraordinary life you deserve with a Personal Results Specialist today! 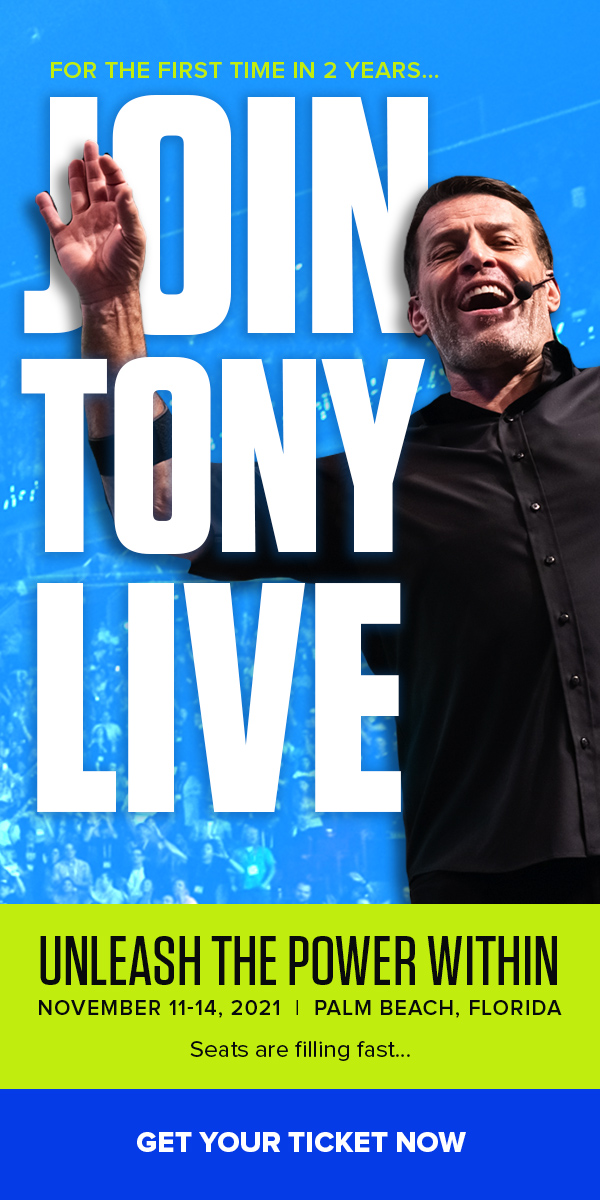 The first step in developing a healthy relationship is learning to love yourself. Are you fulfilled on your own? If so, you might be ready to look for someone who complements your personality. When you find a partner who has the same values and beliefs as you and is ready to work toward similar goals, that’s when two become one.

FROM SAVING SOULS TO FINDING SOULMATES

Tony Javier’s main goal was finding the perfect relationship and elevating his life through the partnership of marriage. But, beyond just trading jokes with his friends, Tony actually believed all the good women around him were taken. As a believer in a proactive, positive approach to achieving goals in life, he listed all the qualities he truly wanted in the woman who would share his life. Tony attended Unleash the Power Within (UPW) to experience personal transformation and work on improving himself, but what happened next felt like a moment straight out of a dream.

As Chantal Fournier walked into UPW with her friends, she knew her entire world was about to change, but she never would have dreamed how much. Her group instinctually chose seats near Tony and his friends — even felt “drawn to sit there,” as Chantal herself explains. She and Tony were soon interacting through group exercises and the two naturally decided to become partners through all four days of the event. Over the course of the next several days, Tony and Chantal became acquainted on a personal and spiritual level. After the final day of UPW, they both felt certain they couldn’t just let this connection go. The two started dating long-distance and took the time to deepen their understanding of one another, but it was Chantal who finally took massive and determined action to take their relationship to the next level — she knew that to become one, they had to become even closer.

They immediately felt a natural and healthy attraction based on personality, shared goals and outlook. After a year of calls, chats and visits, Chantal sold all her belongings, quit her career of eight years and emigrated, all the way from Canada, to pursue what she knew would become central to everything she wanted in her life — her ideal partner.

Tony describes their connection as a “mirror image,” two people who complement each other so incredibly well. He credits their shared experience at UPW as the true catalyst for their relationship, sparking and igniting their connection in a way that wouldn’t have occurred if they’d only met casually. Through the exercises and explorations during the event, Tony Robbins created an unparalleled atmosphere and opportunity to not only discover their true inner passion and compel personal transformation, but to authentically reveal themselves to each other in an open, nurturing and nonjudgmental environment.

They were both able to overcome their deep-seated fears and reservations built up from past relationships. Together, utilizing what they’d learned and practiced they got out of their comfort zones to break through limiting beliefs about personal expectations and the demands of a truly successful marriage, or the time that two became one.

Two years later, Tony and Chantal are happily married, continuously sharing, growing and building the life they desire and deserve, together. They still tell everyone the remarkable story of how they first met, but perhaps the most incredible journey is still ahead, as they evolve, change and transform in parallel. No relationship is perfect, but what Tony and Chantal experienced and directly learned from Tony Robbins will empower them to create the life together they always dreamed could be possible.

The phenomenon of two becoming one doesn’t happen overnight — it takes hard work from both people. Chantal and Tony developed the skills they needed to create and strengthen a healthy relationship at Unleash the Power Within. No relationship is perfect, but what Tony and Chantal experienced and directly learned from Tony Robbins will empower them to create the life together they always dreamed could be possible.

“Life is love and love is an act. It’s not a thought and while you’re alive you only have so much time. So the more you can make love the guiding force in your decision-making, the more you’re going to make decisions that not only fulfill you, but make your life meaningful.” – Tony Robbins

How to increase relationship polarity

How to change your mindset

Create the extraordinary life you deserve with a Personal Results Specialist today!