Home » The future of crowdfunding

The future of crowdfunding

When it comes to growing a business, it’s not about surviving – it’s about thriving. It’s about absolute mastery, ownership of purpose and fulfillment like no other. At Tony’s Business Mastery events, he brings in guests who embody this entrepreneurial spirit and continually push the boundaries of strategic innovation.

In this podcast episode, you’ll hear from one of those experts: Slava Rubin, the co-founder of crowdfunding powerhouse Indiegogo, who was part of a Business Mastery panel discussion with the business leaders behind today’s fastest–growing companies. He’ll discuss how the crowdfunding platform persevered through 93 no’s from venture capitalists. How they finally found their niche. How they continue to stand out from the crowd (no pun intended). And what the future of crowdfunding looks like for Indiegogo.

Crowdfunding means collecting small amounts of money from a large number of people. Typically, individuals contribute small donations to a business or organization that they believe in. Platforms like Indiegogo as well as Kickstarter and GoFundMe are good examples of crowdfunding.

Launching in an economic winter

Rubin founded Indiegogo in 2008 alongside Danae Ringlemann and Eric Schell. Yes, they launched their new business model just before the massive economic winter. Rubin says they bootstrapped all the way until 2010, meaning they used their own money to keep the company alive. He says, “We paid to work for three years.”

Eventually, their hard work paid off: The crowdfunding site has hosted over 600,000 crowdfunding campaigns since its inception and has about 100 employees. Nearly 15 million people from all over the world go to Indiegogo each month to discover groundbreaking products and services that solve the world’s problems.

The future of crowdfunding

Indiegogo has been at the forefront of crowdfunding, from helping to change laws around equity crowdfunding in 2012 to working with Fortune 500 companies that want to validate their products. But the future of crowdfunding isn’t just in how it’s done, but in what it funds.

You’ll hear Rubin talk about how Indiegogo works with the most innovative and disruptive products – “Star Trek stuff.” The platform has become a place where you can get technology before it goes mainstream, and that will take it into the future. 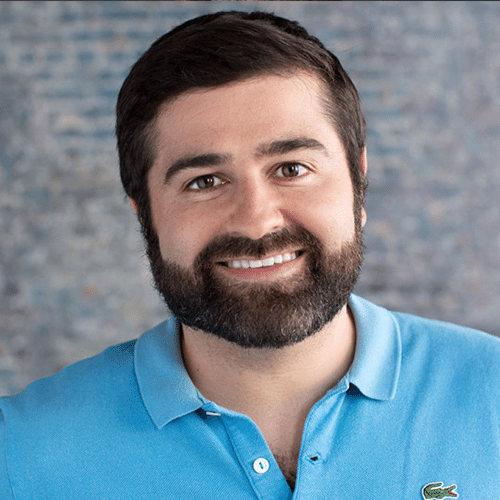 Indiegogo’s success was no accident. Rubin and his cofounders leveraged many of the principles Tony teaches at Business Mastery. They added real value that their customers couldn’t get anywhere else. They focused on making those customers happy. And they built a powerful story that continues to this day. As Tony says, success leaves clues – and when you attend Business Mastery, you’ll hear from the masters themselves.