Home » The Tony Robbins Blog » Career & Business » What is newsjacking? 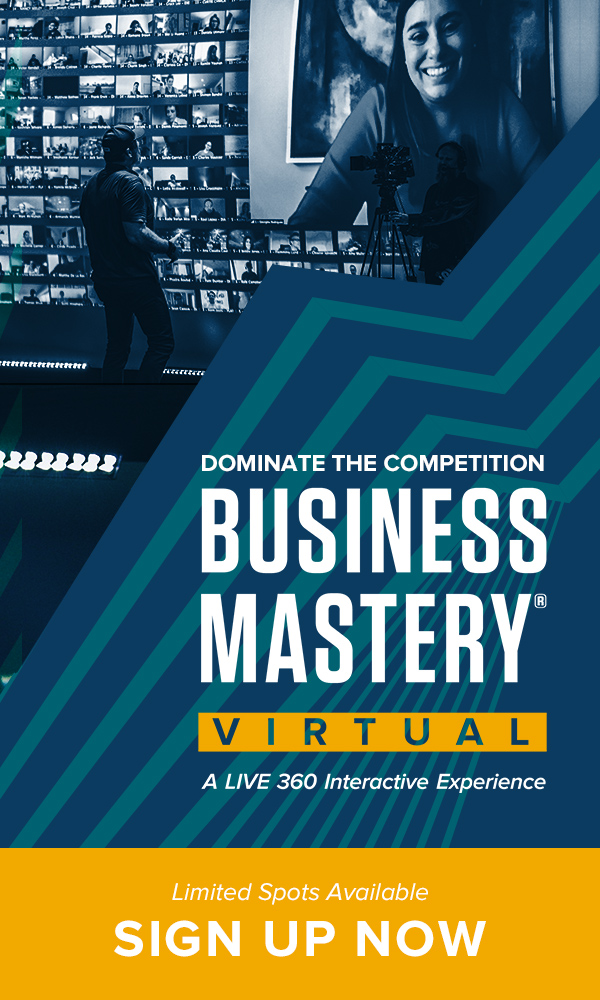 *Ed Note: At the end of 2017, “Newsjacking” made the shortlist for the Oxford Dictionary Word of the Year, as one of eight terms that reflect of some aspect of the past year.

During the NFL American Football Conference (AFC) Championship game played on January 18, 2015, game officials alleged that the New England Patriots used footballs that were inflated to a pressure below the league standard. Some pundits claim that underinflating an American football makes it easier to grip, throw and catch, presumably giving the Patriots an unfair advantage over the Indianapolis Colts. Very quickly, the Twitter hashtag #DeflateGate took off on social media, and news outlets adopted the Deflategate moniker in many of the hundreds of stories that were written about the incident in the days that followed.

Soon, brands were tweeting, blogging and publishing videos using the #DeflateGate hashtag, injecting their ideas into this quickly developing news story. Krispy Kreme Doughnuts tweeted via @KrispyKreme an image of a football shaped like a donut with the line “Ours are fully filled #DeflateGate.” (This jab was particularly delicious because Krispy Kreme’s rivals, New England–based Dunkin’ Donuts, is a sponsor of the Patriots.) The Krispy Kreme image was shared tens of thousands of times on social networks and seen by millions of people. Tire manufacturer Michelin USA tweeted via @MichelinUSA an image of the Michelin Man with a pressure gauge checking a football. It carried the witty line “Inflation Matters #DeflateGate,” and it was also widely shared, getting Michelin noticed at no cost.

As hundreds of millions of people were learning about the underinflated footballs in news stories and via social media, brands like Michelin USA, Krispy Kreme and others seized the moment in real time and injected their brands into the most talked-about news story that week. As a result of these clever tweets, millions of people were exposed to these brands at no cost to the companies. Compare this approach to the traditional route: paying millions of dollars for television commercials during NFL games.

Newsjacking succeeds when it is very fast to market and tastefully (or at least non-offensively) ties back to the brand and its ideas. To successfully newsjack a story, it is best if you have a legitimate tie to it. Especially in the case of negative news, certainly anything involving death and destruction, a solid connection is essential.
It’s not just consumer brands that newsjack. When Democrat Tim Kaine and Republican Mike Pence faced off in the 2016 vice-presidential debate, then candidate for president Donald Trump took to his @realDonaldTrump Twitter feed to live tweet during the debate.

For example, when his running mate Pence discussed his views on the police, Trump live tweeted: “I agree Mike – thank you to all of our law enforcement officers! #VPDebate “Police officers are the best of us…” @Mike_Pence.

Trump’s live tweet during the debate using the hashtag #VPDebate ensured the media would see and comment on his views. I’m convinced that his mastery of real-time communications and newsjacking techniques was an essential strategy in electing Donald Trump the 45th president of the United States.

You can do the same in your marketplace.

Journalists Are Looking for What You Know

The real-time web has opened a tremendous opportunity for anyone to get their brand discussed as part of the news of the day. I’ve been a marketer for two decades, and I have never seen a technique as powerful. But newsjacking requires speed to market that most organizations reserve only for crisis communications.

As journalists scramble to cover breaking news, the basic facts of the story are often easy to find. That’s what goes in the first paragraph of any news story. The challenge for reporters is to get background information that rounds out the basic facts, or the details that appear in subsequent paragraphs. If they’re lucky, journalists also find unique story angles that competitive media are not yet reporting.

That’s what makes newsjacking possible. Reporters are actually looking for additional information for their stories, and they’re doing it by searching Google and the other search engines, as well as Twitter and other social networks.

If you have a legitimate tie to a breaking news story and you react in real time – by providing additional content in a blog post, tweet, video, or media alert – journalists may find you while they are researching material for their stories.

Newsjacking opportunities can turn up in unlikely places. But you’ve got to be quick when the opportunity arises.

Remember the tabloid item about a naked Prince Harry in Las Vegas, first published by TMZ? It was one of the most searched and discussed cell phone photos of all time. Lots of marketers tried to newsjack the stories of the Vegas romp. While most attempts went unnoticed, several were highly successful.

For example, soon after the photos appeared, Unilever-owned Lynx Men’s Deodorant responded with a parody of the World War II UK Government “Keep Calm and Carry On” posters. Its version used the line “Sorry Harry if it had anything to do with us.” Many people talked about the ads in social networks, and the UK media wrote stories – all generating positive buzz for Lynx Men’s Deodorant.

Likewise, the scene of the Prince Harry photo incident was the luxurious Encore Wynn Hotel. In what was another very clever newsjack of the story, owner Steve Wynn publicly waived the hotel bill (we’re talking tens of thousands of dollars), which got the Encore Wynn into a stunning 3,657 stories by my Google News count. Stories like the one appearing in the United Kingdom’s Daily Mail, “Living like a king: Prince Harry’s £30,000 hotel bill ‘waived’ by Vegas billionaire,” were essentially huge, free advertisements for the hotel. Such stories often came with descriptions and photos of the Encore Wynn and its royal suite.

This is a perfect example of newsjacking success. For the price of waiving a few hotel nights, the Wynn gets mentioned in thousands of stories. How cool is that?

This isn’t the first time that representatives from the Wynn hotel organization have successfully newsjacked a story. They also scored thousands of press mentions when they banned infamous party girl Paris Hilton from their properties after she was arrested for alleged cocaine possession. So as the media reported on Hilton’s arrest, many also mentioned that she had been banned from the Wynn properties.

Newsjacking for Fun and Profit

You can newsjack, too. All it takes is some creativity and the ability to respond very quickly.

Trent Silver, a young Internet entrepreneur, has been building web businesses since he was a 15-year-old high school student. One of his businesses, Cash for Purses, finds new homes for high-quality designer purses and handbags – brands like Gucci, Prada, Hermès and Chanel. The sales generate cash for the former owners as well as for Silver.

I had him join me at Business Mastery in Palm Beach in 2017 to share what he learned from me.

Silver told us that a major challenge for the business is attracting people with used handbags to his site to sell them. That’s where newsjacking comes in: Silver monitors the news, looking for breaking stories related to handbags.

For example, Silver enjoyed a barrage of press when he tied his business to financially struggling starlet Lindsay Lohan, who might have been hard up for cash but certainly didn’t lack for handbags. Silver recognized that Lohan was sitting on a gold mine and didn’t even know it! So he crafted a pitch to celebrity websites that cover Lohan, saying that his company would purchase her extra handbags to help her pay her bills. He even offered to donate his profits to charity.

Silver understands that celebrity sites are always looking for exclusive stories, so he pitched the top sites first. Since Lohan’s financial troubles had been in the news, that was his newsjacking hook. Radar was the first to run with it: “We’ll Buy Your Purses, Lindsay! Company Offers Big Money for Cash-Strapped Lohan’s Leftovers.”

Once the story was out, other sites started to pick up on the resulting buzz. The Huffington Post ran with “Lindsay Lohan Offered Money for Used Handbags by Fundraising Company,” and the Inquisitr wrote, “Lindsay Lohan’s Purses May Be Key to Financial Freedom.”

Interestingly, people who read celebrity news sites seem to also be people who want to sell their purses. In the weeks after the story broke, Silver received 8,000 new leads from people who visited Cash for Purses ready to sell their designer bags. “I was able to close 19 percent of the leads,” Silver says. “And it brought in almost $250,000 worth of bags. This has also helped me to get to the top page of Google for any searches related to selling purses.”

Soon after the online media outlets ran the story, Silver began receiving inquiries from other publishers, resulting in a full-page story in Essence magazine and a television mention on Katie Couric’s talk show. This publicity led to more people visiting the Cash for Purses site and more business for Silver.

“I use Google News, and I read celebrity news sites, so I’m following the news all day,” Silver says. “I’ve found it helps to have a legitimate position to take when going to the media. I really want Lindsay Lohan to sell me her purses. I really want to donate the same value of all her bags to charity. It’s not a publicity stunt; it’s a real offer.”

Silver is a news junkie, so he enjoys watching for interesting events he can tie his business to. “I read voraciously because I know that I have to get the word out for my businesses in a way that people will understand,” he says. “I make sure I am up-to-date on what’s going on in the world to see if somehow I can align my businesses in a positive, interesting way. It’s definitely an art and a science.”

Since Silver runs his own businesses, he has the luxury of being able to put the word out without getting multiple approvals from people in the organization. If you own your own business, too, you should run with his advice.

But if you work at a larger organization, don’t use that as an excuse. You can still get buy-in from decision makers when there’s good potential to generate interest in your company and its products.

“Don’t be afraid to try something different,” Silver says. “Different gets noticed. If you don’t get noticed, you’re not doing your job.”

Whenever there is a hot story in the news, there is an opportunity to create and publish original content that the media will find and cover. You can newsjack a story by writing a blog post, shooting a YouTube video, creating an infographic, or even publishing an e-book.

Newsjacking is cool. It’s fun. And it gets you ink!

David Meerman Scott is an internationally acclaimed sales and marketing strategist who has spoken on all seven continents and in 40 countries, including Tony Robbins’ Business Mastery events. In partnership with Tony, he created the New Marketing online training program, which teaches entrepreneurs how to align their marketing with the way that people buy.