What are the signs of a panic attack?

Have you ever been thinking about something troubling and started to feel physically sick? Have you noticed your thoughts racing and then found it difficult to breathe normally? Have you had an intense episode of anxious thoughts and body pains that caused you to faint or become immobile? If so, you might have experienced a panic attack, but you don’t have to live in fear. You can learn to identify and stop panic attacks.

What is a panic attack?

Panic attacks are usually the result of a panic disorder, or can even be common in people with generalized anxiety disorder. When you experience a panic attack, your body and mind is reacting to real or imagined fear that manifests in psychological and physical ways. Your body and mind are putting up their defenses to something troubling, stressful or even dangerous, even when there might not be a clear source of your fear.

If you’ve ever experienced a panic attack, you’re not alone. The Anxiety and Depression Association of America (ADAA) reports that about 6 million Americans experience the effects of a panic disorder every single year.

People experience the effects of panic attacks to different degrees. Some people can have one panic attack due to a source of extreme stress and never experience them again. Others are so affected by panic attacks, whether it’s having them frequently or being fearful of them recurring, that they become unable to do things they used to not even think about twice, like leaving their home or socializing with friends. There’s no single answer to “What is a panic attack?,” but there are some common symptoms of a panic attack that they generally have in common.

Uncover your limiting beliefs to find the root cause of panic attacks.

What are the signs of a panic attack?

When you experience a panic attack, you’re usually dealing with extreme feelings of anxiety, stress or fear. One of the earliest panic attack warning signs is often a strong sense of impending doom or feeling like you’re losing control. These thoughts often go in a loop, feeding one another and causing them to grow stronger.

Another sign that you may be experiencing a panic attack is feeling unable to regulate your body temperature. Hot flashes and chills are both associated with these episodes, and though they can happen at any time during the day, are experienced most often while sufferers are trying to sleep. 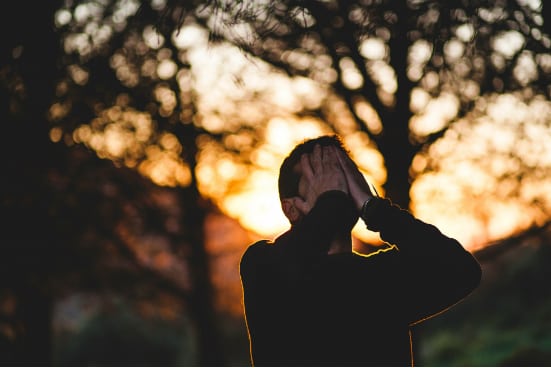 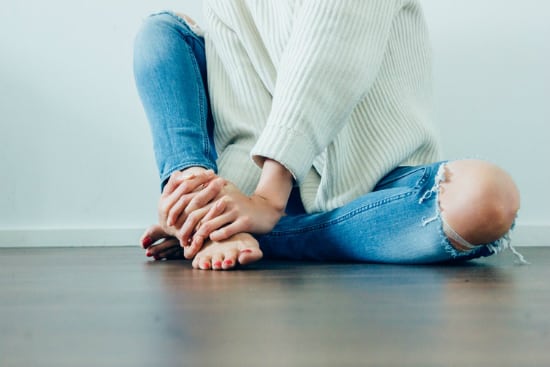 Does your stomach feel like it’s clenched? Are you experiencing painful cramps in your midsection or bouts of nausea? Physical symptoms such as these could be related to a digestion issue, but if they persist and no medical cause is found, they could be signs of a panic attack

Some people experience dull to sharp headaches, even migraines, while others experience a feeling of faintness. These episodes can be especially frightening if you’re driving, operating heavy machinery or are engaged in another activity where you could be injured.

What are the long-term effects of panic attacks?

Frequent panic attacks can greatly affect your overall well-being. The long-term effects of a panic attack on the body can impact you deeply, in addition to its effects on your mindset.

Long-term anxiety, including consistent panic attacks, can have a number of negative physical effects. When you’re stressed, your body releases hormones like cortisol and norepinephrine, but your body isn’t meant to live in this heightened state. Imbalances of these hormones could cause migraines, heart problems, gastrointestinal disorders and memory problems.

Those who have frequent panic attacks may avoid social situations for fear of experiencing an attack in public. This withdrawal from others only adds to the problem, leading to deterioration of friendships and other relationships. If you’re experiencing anxiety, surround yourself with good people you trust who can provide community and extra support. .

While anxiety disorders are themselves considered to be a mental health issue, they can also lead to additional problems. Panic attacks can be very isolating and can even spiral into agoraphobia (fear of leaving the house) and depression. Some people turn to substance abuse to deal with their fear, which can cause a host of other problems.

So what is a panic attack? It’s a serious experience that can have both short-term and long-term effects on your mind, body and life. But you don’t have to let fear control your life. Get help today and overcome your panic attacks for good.

What causes a panic attack?

There can be a number of reasons for panic attacks, some more easily understandable than others. Some feel signs of a panic attack coming on after experiencing or thinking about something traumatic, especially if the traumatic event caused them to develop post-traumatic stress disorder (PTSD).

Others feel the effects of panic attacks when they think about something they are afraid of, such as riding on a rollercoaster, being underwater or speaking in front of a large group of people. Those with mental health disorders like social anxiety disorder, generalized anxiety disorder or depression can have panic attacks as part of their overall illness. And in some cases, the reason for panic attacks is seemingly random with no connection to underlying disorders or triggering incidents.

How can I find the cause of my panic attacks?

Finding the cause of your panic attacks is also an important step in treating them. Are you having a hard time coping with a traumatic event or memory? Are you showing signs of deteriorating mental health that’s resulting in the attacks? Speak with a medical professional about what could be causing your attacks so you can move toward treating them accordingly. Your health is essential, and without it, you won’t have the energy you need to work toward your goals and create a fulfilling life.

In the short term, the answer is no. You won’t die from the effects of panic attacks. In a broader sense? Definitely. You can experience a panic attack and be completely fine once it’s over. However, when your body is worked up to a point of feeling an intense sense of panic or dread, and then reacts physically by experiencing a shortness of breath, racing heart and more, you’re putting lots of undue stress on your body. This can lead to a steep decline in your physical and mental health and lower quality of life.

What are the signs of a panic attack in women?

Women and men experience the same symptoms of panic attacks. Most of the symptoms are physiological, including racing heart, hyperventilation and hot flashes or chills. Several symptoms are psychological, including feelings of doom and extreme fear. Where the genders do differ is in how often panic attacks affect them: panic disorder is 2.5 times more common in women than in men.

The information and other content provided in this article, or in any linked materials, are not intended and should not be construed as medical advice, nor is the information a substitute for professional medical expertise or treatment. See full disclaimer.

Ready to improve your mental and physical well-being?

The latest advancements in health and science can help you transform your health – and your quality of life. Learn more in Tony’s latest book, Life Force.