The power of touch

What is the power of touch?

From the moment we are born to the final days of our lives, touch acts as a central aspect of the human experience — impacting our physical, mental and emotional health, and quite literally shaping the way we go through our lives.

I recently caught up with renowned neuroscientist David Linden, who’s book Touch: The Science of Hand, Heart and Mind, explores how our sense of touch and our emotional responses impacts our lives in a very real way. 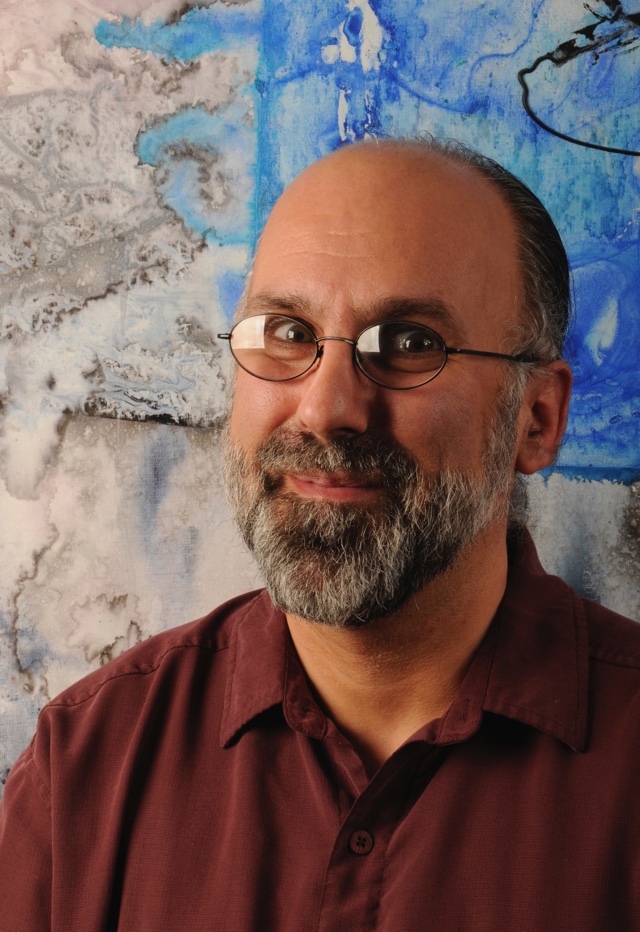 KS: I want to start with talking about interpersonal touch. What is the power of just a simple touch?

DL: The most critical function of interpersonal touch is to build trust and cooperation. It’s the ability to strengthen a bond and communicate, “I’m on your side. I’m an ally. You can trust me.” It derives from maternal touch when we are babies, but it persists throughout our lives as a social glue of sorts. And it is what binds sexual partners into lasting couples, and brings people and the family together, and creates strong teams.

KS: Can you elaborate a little more about how touch creates a strong sense of cohesion?

DL: Sure. Actually, let’s consider a study conducted by researchers at Berkeley. They examined professional NBA teams, looking at every single video of every single game that NBA teams played for the first half of the season. The researchers scored all the celebratory touch — the fist bumps, chest bumps, high five, taps on the rear end — and came up with a number per game for each team.

Then they asked: “Did that number predict anything about what would happen in the second half?” And the answer was really interesting. The teams that have more celebratory touch in the first half of the season won more games in the second half on the season, and they also played in a less selfish fashion. That is to say, they played more as a team. When the star players had the ball and didn’t have a very good shot, they would be more likely to pass off to another teammate than if they came from a team that did not have much touching.

KS: How did they control for certain variables? For argument’s sake, a team that’s naturally more gifted and more talented could be touching more because they’re winning more in the first half of the season.

DL: That’s right. So they included a statistical correction to account for that. But the interesting thing is, even with that correction you still find that there are certain teams that touch more and those are the teams that do better and play in a more cooperative fashion throughout the second half of the season.

KS: So we see how touch impacts a sense of teamwork. But what about how it influences others’ opinions? For example, I’ve heard of a waiter who tried making appropriate physical contact with guests to get a bigger tip. Or the theory that touch influences a colleague’s review or a stranger’s likelihood of offering assistance.

DL: Well, we know a lot about the phenomenon of it. We don’t know very much about the biology of it. So everything you said is true. We know that doctors who touch their patients appropriately — and I will elaborate that we’re not just talking about the touch that’s mandated by a physical exam, we’re talking about a friendly hand on the shoulder or the elbow sort of touch — their patients have better medical outcomes, reduced stress hormone levels and rate their doctors as more caring when there is some touch.

KS: Of course, these things are also very culture-dependent, right?

DL: Exactly. There are certain cultural groups in certain places in the world where you never want to touch anybody at all because it’s a big no-no, right? There is an interesting anecdote about this that was published in the 1960’s by a psychologist who would observe people in a café. He would look at romantic couples, friends and co-workers. In San Juan, Puerto Rico he saw that on average people would touch other about 200 times an hour. In Paris about 40 times an hour, in New York City about five times an hour, and in London zero times an hour. So clearly, these things aren’t just biological, they’re also very culturally determined.

KS: What kind of impact do you think this has on people’s dispositions? For example, if a child is raised with touch as a central component of his upbringing, he or she may become fundamentally different than if raised without much affection.

DL: When you have social ideas that prevent appropriate interpersonal touching between parents and children, or even between co-workers, you’re missing out on an opportunity to develop a bond of trust and cooperation. And while this is a sort of a missed opportunity to forge a connection in adult life, in early life, it’s not optional at all.

Consider newborns who don’t receive loving touch in the first two years of their life, which is not a hypothetical — this could happen at certain orphanages like the ones in Ceaușescu, Romania in the 1980s and ‘90s where they were grossly understaffed and there would be no one to really cuddle the babies at all. These kids grew up in a horrible situation. And they eventually developed emotional issues such as attachment problems, high instances of depression and problems with cognitive skills. What’s more, these kids developed problems with their physical body. Their growth was stunted, their immune systems didn’t develop properly and their digestive systems didn’t develop properly.

But we do know that as little as 30 minutes a day of gentle touch intervention from a volunteer was enough to rescue all these problems — that is, only if the touch came early in life. If the rescue touch only started after two years, it was too late. At that point, the critical period for touching had closed, and those kids would carry all those problems and still do carry them forward into their adult lives right now.

KS: What about in a romantic relationship — how does touch strengthen the emotional bond between two people?

DL: Affectionate touch — stroking the the arm or holding a hand — is hard-wired to produce feelings of trust and cooperation. It’s really the same sort of thing that’s happening if you get that from your doctor or your co-worker, except it is better in a romantic relationship. But I think an important thing to say is that you don’t need sexual contact. I mean, sexual contact has all its own benefits. But even without any sexual contact at all, gentle caressing or a back rub or neck rub — that kind of tactile interaction between partners is a wonderful way to build a bond.

KS: What about couples who have been together for a while, and maybe their relationship has hit a plateau — where physical touch and affection have become less and less frequent. Are there any studies that show that this has a correlation to decreased trust and connection?

DL: Yes. I would say it’s been very well established that romantic couples who keep engaging in affectionate touch are more likely to have a closer relationship, and they are more likely to stay together and rate their satisfaction with their partner as high. But with that said, if you’re not really liking your partner that much, touch is not motivating. You got to work at it. Whether it’s a back rub, a foot rub or a hug during the day, it’s just like watering the plants. It’s something you do preventatively to keep your relationship healthy.

KS: What about those without a partner? How are they impacted by a lack of touch in their lives?

DL: A lot of old folks, their long-time partner isn’t around, or maybe they live apart from their children, so the opportunities for social touch are severely diminished. There have been studies conducted in retirement facilities that have shown that even some very impersonal forms of touch — like a massage from a therapist, a haircut with some nice touching on the head, or even petting the dog or cat — all of these things can improve mood, cognitive function, reduce stress, and lead to better quality of life in the aged.

KS: And while the elderly may be touch-deprived by circumstance, there’s a number of younger people who are choosing to communicate with others through their digital devices rather than face-to-face contact. What kind of problems do you think this is creating?

DL: Humans have lived in social groups now for hundreds of thousands of years. And so, we’re extraordinarily good at reading other people’s facial expressions, tone of voice, body language. We’re extremely well-adapted for that. But when we communicate via email, text or social media, all of those unspoken signals are impoverished. It’s the difference between sending a sad emoji and actually reaching out and touching someone to console them. It’s the difference between hugging someone and just texting them that you are thinking of them. So there is this missing component of the human experience.

KS: And as technology continues to advance, this problem will only be exacerbated?

DL: Well, there is no real substitute for touch. The bond it creates, the trust it conveys – it’s part of our evolutionary background. I really can’t stress the power of touch enough and the massive benefits it has for yourself and for others.

How to let go

Learn how to overcome adversity