Home » The Tony Robbins Blog » News » One Meal at a Time. One Billion Meals in Total 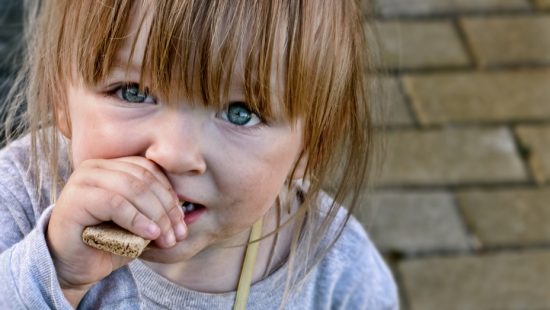 Despite being one of the wealthiest countries on earth, 1 in 8 households in the United States is still food insecure – 38 million Americans struggle to put food on the table. What does this mean?

Being food insecure means not knowing from where – or even when – your next meal will come. It means constant worry over whether you’ll be able to feed your family. It means opening an empty fridge in hopes that this time you’ll magically find something – anything – for dinner. It means going hungry so that your kids don’t have to.

Imagine the toll that this constant stress would have in your own life. The combination of worrying about feeding your family plus the physical toll on your own body from inadequate nutrition can quickly result in a downward spiral. Food insecurity can sap the energy, clarity of mind and willpower from even the most intrepid individual – not to mention from young children who need it most.

For the more than 11 million American kids living in food insecure house-holds, getting the energy they need to learn and grow can be a daily challenge. And it’s no wonder. How can you feed your mind when your stomach is empty?

As a young boy, Tony grew up in a food insecure household himself. When Thanksgiving came, his family often didn’t have enough money for the traditional celebratory meal. That is, until he was 12 years old, and the generosity of a complete stranger changed his life forever. Someone cared enough to feed Tony and his family, at a time when they needed it most.

“I’ll never forget what it felt like as a young boy thinking we wouldn’t be able to sit down to Thanksgiving dinner. Then a stranger gave us the food we couldn’t afford.” – Tony Robbins

Since that day, Tony has been using his influence to bring awareness to the cause of hunger in the United States and around the world.

The One Billion Meals Challenge

Tony partnered with Feeding America to create the 100 Million Meals Challenge in late 2014 – a rallying cry to feed 100 million meals to those in need in the course of a year. It seemed an ambitious goal at the time, but was received with unmatched enthusiasm and donor support. Due to the success, the Challenge continued to raise over 100 million meals again in 2016, 2017 and 2018. Because of this resounding impact, the Challenge was officially renamed in 2019 to the 1 Billion Meals Challenge – with the goal of providing 1 billion meals by 2025.

Through this generous network of donors and his own donor matching pledge, Tony Robbins continues to work toward eliminating food insecurity altogether. To date, nearly 800 Million Meals have been raised through Tony’s 1 Billion Meals Challenge with Feeding America that provides meals to those in need through its network of 200 member food banks and 60,000 food pantries and meal programs.

While recently we have seen hunger rates in America slightly decrease (i.e., from 40 million to 38 million food-insecure Americans) and hope the trend continues, there is still a ways to go to help the millions that still face hunger every day.

DOUBLE THE IMPACT OF YOUR DONATION

September is Hunger Action Month – it’s the perfect time to double down on the momentum of the 1 Billion Meals Challenge success thus far. Together, we can make sure that food insecurity is a thing of the past by feeding one hungry mouth at a time.

Donate today to have your donation matched by Tony. That means just $10 will provide 200 meals! Every action counts. During September’s Hunger Action Month, we can – and will – end hunger, one helping at a time.