Home » The power of forgiveness

The power of forgiveness

Let go of the past and release resentment to find healing Posted by: Team Tony

Have you ever been stuck? You feel worried, angry, stressed – and you can’t seem to get out of it. Most of the challenges we have in our life are because we have unmet expectations. We think life needs to be a certain way, that people need to act a certain way. When it doesn’t happen, we get upset. We don’t want to “forgive” life and others for not meeting our expectations.

We will always carry anger and hurt in our hearts as long as we have expectations of other people and life conditions we can’t control. But that built-up resentment only ends up hurting you. As Nelson Mandela said, “Resentment is like drinking a poison and then waiting for the other person to die.” The power of forgiveness is one of the greatest gifts of life. Through it, you’ll understand that the only person you hurt when you’re upset – no matter how justified it may be – is yourself.

The quest for forgiveness

We often don’t realize the impact forgiveness has on our lives. Many of us are carrying around grudges against people who don’t even realize they’ve hurt us. We may not realize we need some form of acknowledgment, but we have internalized the hurt that was caused. We become preoccupied with needing an apology. It begins to eat away at us. We believe our loved one has done us irreparable harm. The ensuing anger and frustration that we feel actually work against us, stopping up our emotional bandwidth and forcing our attention away from the things we really care about.

The easy way to repair this damage is to forgive someone, but we’ve developed a strange idea of forgiveness. We have grown to believe that it must be a huge production: the person who has wronged us needs to apologize and ask for forgiveness before we can provide it.

It’s not about us

Feeling like we are wronged creates the expectation that the other person must ask forgiveness. But in so many cases of hurt feelings, it’s really not just about us. We can control how we react to being snapped at. Next time your spouse snaps at you, consider their present circumstances: Are they stressed out? Are they upset about something? Think about the last time you snapped at someone. You weren’t doing it for fun – you were doing it because you were upset, worried or not feeling well. Context is everything.

In reality, people are doing the best they can with the resources they have. When we better understand what drives people to react in ways we don’t like, it becomes easier to offer the gift of forgiveness.

Forgive others to free yourself

Most of us don’t set out to harm the ones we love; we may become angry but that’s usually due to our own frustrations and has nothing to do with them. But you can’t have a life filled with joy, happiness or gratitude, if everyone has to behave a certain way or talk a certain way that meets your needs. Forgiving them frees them from your anger, but it also frees you from the feelings that will devour you from the inside-out. Let go of the anger and upset that are dragging you down. Once you learn to forgive freely, you’ll open yourself up to living an extraordinary life.

The ability to forgive is the ability to let go of the past. Move on to something better. Stop hanging on and start moving on. Realize that each day is a new adventure. A new opportunity.

You don’t have to be Gandhi or the Dalai Lama or Mother Teresa to understand the power of forgiveness. In this episode, you’ll hear from two people who carried resentment with them from past events and expectations – and didn’t even know it.

Sarah Foley remembers the accident: She was steering her four-wheeler around a curve when she saw her boyfriend’s identical vehicle heading right toward her. She jerked the wheel to the side. The ensuing accident left her paralyzed from the waist down.

While frustrated with her new circumstances, Sarah was determined to forge ahead. She built a brand around helping other disabled women achieve success and feel attractive, becoming an icon in the process. But despite a gleaming new life, Sarah held on to deeply buried resentment – a resentment she hadn’t realized existed.

It was a hidden feeling that didn’t come to the surface until much later in her life. At her first Tony Robbins event, she released 37 years of pressure: the pressure of keeping other people happy, the pressure of being perfect all the time. She says, “I felt this absolute relief. I went with a lump in my throat and I left feeling a million pounds lighter.” She started to realize life was happening for her, not to her. She released the resentment and anger she had denied for so long.

Dimple Thakrar held on to a similar sort of resentment. She fell in love with and married her childhood best friend, and led a seemingly charmed life. But the death of her mother profoundly affected their relationship and Dimple’s opinion of her husband. As she puts it, she lost her smile. On the day of the funeral, Dimple interpreted his grief and an argument they had as him being unsupportive.

Dimple blamed her husband for every problem in their marriage. She thought he needed “fixing,” so she took him to a Tony Robbins event. But there she realized that she was the problem. It took her years to realize that he was hurting, too.  She misinterpreted the entire situation. “I was so caught up in myself and so caught up in stories … I didn’t realize how many times he was actually right there.” She shifted her focus and came to appreciate her marriage on a new level.

Both women carried their resentment for years. It festered quietly, occasionally flaring into arguments and gradually eroded the foundations of their relationships with their husbands. But once they released the blame they held in their hearts, they experienced a level of freedom and strength of spirit. In this podcast, you’ll hear the stories of Sarah and Dimple, both in entirely different situations, but tied together by the common thread of the power of forgiveness. 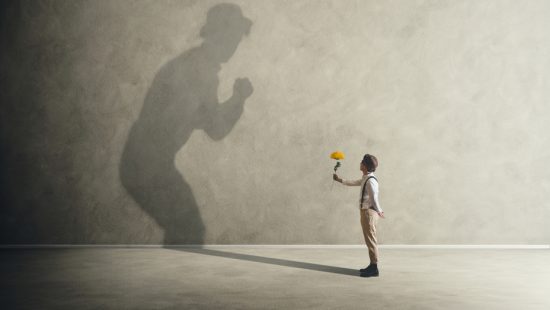 [2:24] Being stuck is due to a lack of forgiveness
[2:43] Most challenges in life are due to unmet expectations
[3:03] The illusion is someone did something to us
[3:28] We’re all doing the best we can
[3:48] You usually aren’t even forgiving yourself
[4:03] Forgiveness is all about letting go and moving on to something better
[4:45] “Just let it go”
[5:39] Nelson Mandela said, “Resentment is like drinking poison and expecting your enemy to die”
[5:54] We’ve all been angry and needed to let go
[6:12] Choose to forgive someone for something instead of waiting for an apology
[6:36] Human beings are not their behavior
[7:03] What could you let go of right now to free yourself? Who else could you free if you did that?
[8:20] Sarah committed to herself that she would not hold back at a Tony Robbins event
[8:35] “37 years of pressure” released
[9:11] Looked back on her difficulties and realize how they made her the person she is
[10:04] Life was perfect – she was in love, had a dream job
[11:14] Sarah’s four-wheeler collided with her boyfriend’s and she was thrown
[11:37] Her teacher’s motorcycle accident story
[12:09] Her initial concern was for her face, though she couldn’t feel from the waist down
[13:04] The Life Flight helicopter picking her up
[13:28] Waking up alone in the hospital
[13:57] “Don’t you ever ask why – that question’s gonna eat you alive.”
[14:57] Her only previous experience with a disability
[15:40] “People cannot be what they haven’t seen” – but is that true?
[16:03] Sarah wasn’t sure she was allowed to be anything great
[16:40] Anger at herself and her uncooperative legs
[17:00] Holding it together for everyone else – and then breaking down
[17:49] Realizing other women felt like her
[18:25] Sarah realized this was her round two – she gets a second chance
[19:08] Releasing control and letting herself heal improved her life in unexpected ways
[19:33] Inspiring women all over the world
[20:36] By changing who you are on the inside, you can change on the outside
[20:52] Everyone’s got something that they need to overcome
[21:49] Making friends with women in the same situation
[22:32] A lot of people choose to stay comfortable in an uncomfortable state
[22:50] Her father leaving when she was young
[23:10] Hoping to gain love by performing well and being a high achiever
[25:04] “I’m gonna go home and forgive my husband”
[25:25] She held him responsible for the accident
[26:08] “I pressed my heart to his… and said ‘I forgive you’ over and over”
[26:35] Forgiving herself
[27:06] Her life is greater because of the accident
[28:45] Dimple’s mother was pregnant with her when they moved to the UK
[29:39] Her father wanted his daughters to be educated and independent
[29:52] Her husband’s family was close friends with hers
[30:32] Her parents had an abusive relationship; her father-in-law provided a safe haven
[30:50] She and her husband raised closely together – her protector and best friend
[31:37] “The sort of kiss where my knees went… life was just different after that”
[32:58] Her husband-to-be says he will keep Dimple happy and will never stand in her way
[33:41] They were married when she graduated
[34:08] Her mother died the year after the wedding
[34:24] Argued with her husband the day of the funeral
[34:54] “That’s when I lost my smile”
[35:25] Dimple blamed her husband for every problem in their marriage
[36:22] Her husband supported her through many miscarriages and she never acknowledged it
[37:06] Dimple brought her husband to a Tony Robbins relationship event
[38:08] “It felt like [my husband] was intruding in my world”
[39:35] “What are you going to do to make this different, to change?”
[39:50] Couldn’t imagine a future without her husband
[40:07] Everything shifted – she knew she had to change
[40:50] Even the kids notice the change in their relationship