The complete guide to bitcoin mining and investing Posted by: Team Tony

Trying to answer the question, “What is bitcoin?” is like trying to explain the Internet to someone in the 80s, as Vox so aptly put it; or even the 90s if you remember the video of the then-younger Today show hosts trying to comprehend the Internet. The reason it’s so difficult to explain (and understand) is because like the Internet before it, bitcoin is a brand new concept that is growing in popularity.

Many people today are wondering not only how to invest in bitcoin, but whether it’s worth the risk. What is bitcoin worth today and what might it be worth in the future? The truth is that bitcoin is a new currency, and no one really knows what will happen. But if you have a good risk tolerance and an innovative mindset, bitcoin mining and investing in bitcoin could be for you.

At its most basic component, bitcoin is a cryptocurrency. This means it is a digital system of (non-physical) “tokens” that have an ascribed value and are used for trading goods or services, much like cash or credit.

The digital system of bitcoin was founded upon mathematical proof. The mathematical rules of bitcoin stipulate that there can only ever be 21 million bitcoins. So unlike other currencies, no more can be printed. Despite the finite number, not all 21 million have been “mined” yet, so more are being discovered every day.

Unlike traditional currencies, bitcoin is decentralized. No single bank, government, company or individual owns the network or has control over it. This means that your accounts can never be frozen, a government cannot devalue the currency, it can be used in every country, and, more ominously, because of the anonymous nature of bitcoin, the technically savvy can avoid taxation and use bitcoin as payment for any kind of illegal good or service. With bitcoin, there is no need to read financial statements. However, before you can learn how to invest in bitcoin, you still need to learn the basics. 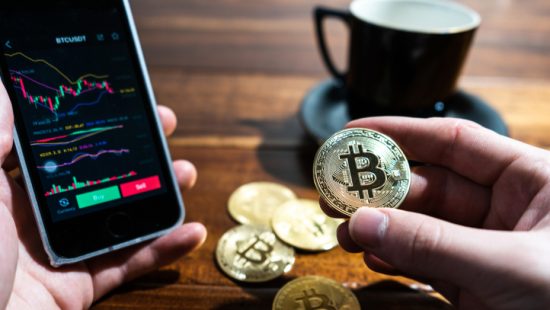 (Note: In the U.S. bitcoin is currently taxed as a capital asset. Miners who produce bitcoin must declare the fair market value of their digital currency on the day of the bitcoin mining as income, as do contractors who are paid in bitcoin.)

How does it work? And what is “bitcoin mining”?

Instead of using a middleman – like a bank – to hold the records of all transactions, the records (known as a ledger) are held publicly by a network of computers across the world. Every time a transaction occurs the ledger is updated across the network.

The network is composed of computers that solve open source mathematical cryptographic problems in order to add “blocks” to the network, known as the blockchain. It’s a little like solving a riddle in a computer game that then reveals a part of the game that was previously inaccessible. In return for solving those problems, the computer’s owner receives bitcoins. The mathematical algorithm adjusts in level of difficulty so that bitcoins are not released into the world too quickly. This process is known as bitcoin mining.

Anyone with a computer that is sophisticated enough to solve the algorithm can become a miner. The exact number of miners changes all the time, but it has grown from a handful of early-stage enthusiasts into an industrial-level venture for power players backed by specialized machinery.

Because the digital system runs on a peer-to-peer basis, everyone in the network holds their own copy of the ledger. It gets rather complicated from here, but essentially that network timestamps the transactions and creates a unique math problem for every transaction that occurs. Then every computer in the network must solve the problem and check the answer for accuracy. Still wondering, “What is bitcoin?” For a more technical video explanation, click here.

What is bitcoin worth?

Like other currencies and commodities, the value of bitcoin fluctuates based on supply and demand and its perceived value. At the time of this writing, the value of a bitcoin is $50,531.30 US. That seems like a big number for just a single bitcoin – until you consider that all of the bitcoin in the world is worth $653 billion. These coins can be broken down into even smaller units, the smallest being one hundred millionth of a bitcoin – called a Satoshi, after the anonymous founder of bitcoin.

Bitcoin price history fluctuates a bit more wildly than other currencies because it is new, disruptive and operates without a central control. Do you remember bitcoin’s first price jump back in 2011? It’s value went from $1 to $32 for a single share in just a few months. Yet within the same year, it was back to $2 per share. In 2017, the price went from $975.70 in March to $20,089 in December. And in 2020, the global economic recession fueled interest, and the price skyrocketed again.

There’s no doubt bitcoin is becoming more mainstream as a “store of value,” or an asset that people buy and hold like an investment. And what is bitcoin if not an opportunity to get in on the ground floor of what may end up being a great investment? 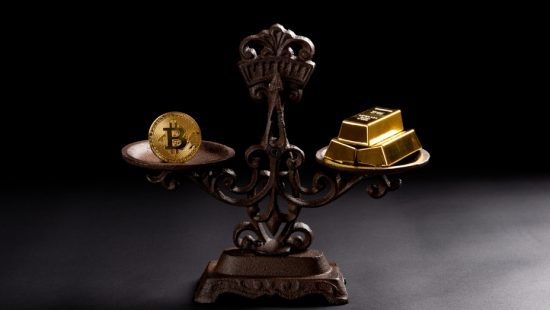 Why has it been in the news so much?

Bitcoin has the potential capability of changing how the world handles finances, but there are still problems with it.

Many people only know of bitcoin’s reputation by its association as a favorite payment method of criminals and the widely publicized New Silk Road, due to its anonymity. But as the former head of the New Silk Road discovered, discovery and prosecution are still possible.

There have also been reports, some very recent, that claim bitcoin has failed or will fail. The network has thus far weathered all storms, but some of its investors have not been so fortunate. When the largest bitcoin exchange of the time – Mt. Gox – suddenly shut down in February of 2014, investors collectively lost $460 million worth of bitcoin.

If bitcoin adoption continues to grow, the financial structure as we know it will be altered – and the answer to the question “How much is bitcoin worth?” will become a massive number that investors won’t be able to ignore.

How to invest in bitcoin

You don’t have to be involved in bitcoin mining to become an investor. It actually takes just five easy steps to make bitcoin part of your investment strategy.

There are specialized cryptocurrency exchanges, as well as traditional investment brokers, who can connect you with the ability to buy bitcoin. In line with bitcoin’s core value of decentralization, you have many options.

The most popular and easiest exchanges – like Coinbase and Gemini – require identity verification. They may ask for a driver’s license photo, social security number and employer information, much like opening a bank account.

You can connect a debit card or a bank account to your bitcoin exchange. You’ll pay various fees for deposits and transactions, and credit cards can have additional processing fees.

With mainstream investment, bitcoin exchanges are becoming easier and easier to use, with a number of ways to buy, including market, limit orders and stop-loss. You can also set up recurring purchases.

In the end, what is bitcoin? It’s either an innovative, next-level investment that will make you rich – or a massive risk not worth taking. At this point no one knows, and that is what makes it so exciting.