Home » The Tony Robbins Blog » Wealth & Lifestyle » What is the petrodollar?

Unlock one of the keys to the global economy in this guide Posted by: Team Tony 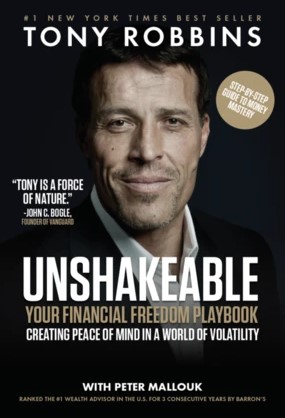 From cryptocurrency to Brexit to the Robinhood GameStop stock scandal, the global economy is a hot topic. It’s no surprise that in the face of economic uncertainty, many people are interested in learning about how the global economy actually works – and how they can make it work for them. Learning about the petrodollar system is an essential step to improving your understanding.

Petrodollars are the form of currency that is paid globally for oil. The petrodollar system is essentially the global practice of exchanging oil for US dollars, rather than any other currency. This means that no matter what country is buying the oil, they pay the oil-producing country in petrodollars, which are denominated in US dollars.

What is petrodollar recycling?

Because the petrodollar is denominated in US dollars, the system means that oil-producing countries end up with surpluses of US currency that need to be “recycled” back into the economy. Petrodollar recycling can involve channeling these dollars back into their own domestic economies, lending them to other countries or investing them in the US economy. Countries can use them to buy assets and securities like treasury bills, helping to keep interest rates and inflation low and allowing the countries to avoid currency conversion losses and risks.

History of the petrodollar system

The term “gold standard” didn’t come out of thin air. The global economy used to run on a system in which each country’s currency was linked to the value of gold. There was a fixed price for gold at which each country bought and sold that commodity. The gold standard was abandoned in 1971 when the Nixon administration ended the practice – and the value of the US dollar went into freefall as inflation soared.

In 1973, the petrodollar system was created through a deal between the US and Saudi Arabia. The countries agreed to price and trade oil in US dollars. With oil standardized in terms of dollars, any country that purchased oil from Saudi Arabia would have to use dollars. This led many other oil-producing countries to also standardize oil prices in US dollars – and the petrodollar system was born.

The answer to “What is the petrodollar?” may continue to change as the global economic landscape shifts. Venezuela began selling its oil in other currencies, and the Saudi government has threatened to abandon petrodollars. As the energy market evolves, the agreement that created the petrodollar system may come to an end. 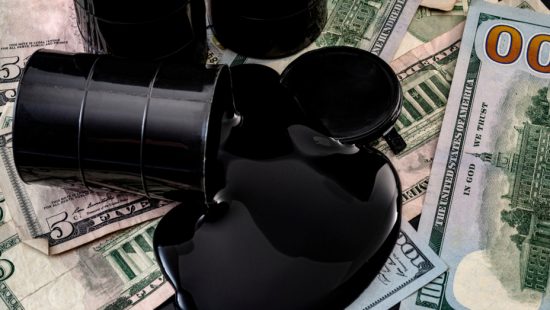 Is the petrodollar cryptocurrency?

No. Cryptocurrency is decentralized digital money, based on blockchain technology. The petrodollar, because it is based on the US dollar, is centralized, government-backed and depends on a central authority for its value.

The government of Venezuela issued its own form of cryptocurrency in 2018, called the “petro.” It’s widely seen as a move to avoid US sanctions, and its use is banned within the US and by US persons. The cryptocurrency community is also skeptical, with experts saying it encourages hyperinflation. If you are planning to invest in cryptocurrency, steer clear of the petro and look into reputable cryptos like bitcoin.

The petrodollar system gave the US dollar elevated status as the dominant currency in the global economy. This has many benefits for the US, including:

What will happen to the petrodollar system?

There are several trends to consider when debating the future of the petrodollar. First, continuing to run deficits has led to a loss in purchase power for the US dollar, leading some nations to begin losing faith in the system. Second, concerns about global warming and technology advancements toward sustainable energy are reducing demand for oil – and the need for the petrodollar system. Finally, strained international relations with major oil producers like Iran, Russia and China are leading these countries to reconsider their dependence on the US dollar.

Many experts do believe the world will shift away from the petrodollar system and toward more digital currencies, which is why cryptocurrencies are so popular right now. While it is unlikely to collapse overnight – as this would cause a major global economic recession – other currencies may slowly replace it, leaving the question “What is the petrodollar?” in the history books along with the gold standard.