Home » What is leadership? Learn Today » How to be an outstanding leader

How to be an outstanding leader

In 47 B.C., after his conquest of Gaul (modern-day France and Belgium) and his victory over Pompey the Great in a civil war, Julius Caesar returned to Rome only to find that several of his most experienced legions had mutinied, demanding back pay, bonus pay and to be discharged. Negotiations were slow and Caesar’s troops began to loot villas and farms south of the city. Despite Caesar’s incredible successes, it seemed as if his fate, and that of Rome itself, hung in the balance. Regardless of what he had achieved up to that point, this mutiny brought with it the uncertainty that everything he had accomplished was soon to be undone.

After several months of stalemated overtures and negotiations, knowing that he needed these men to follow him to war in North Africa, Caesar personally visited their camp and in what is now a legendary speech he not only regained their loyalty, but so emotional was his discourse that the legions’ men begged him for forgiveness and followed him to victory in Africa.

What made Caesar such a great leader? What made troops want to follow him into battle? When we think of great leaders it’s easy to make the mistake of assuming that great leaders are born with some magical form of genius.

The truth is, people are not born with outstanding leadership skills. Leadership qualities are like a muscle that need to be strengthened. We all have the potential to activate these skills, but many people choose not to. Knowing how to be a good leader can help you discover which skills you need to work on to lead like Caesar. If you are an achiever and your inner voice is encouraging you to dream big and go for your goals, you first need to know the definition of a good leader and what qualities the best leaders possess.

So, let’s explore those ideas now so that you can start your path to great leadership today.

What was it that Julius Caesar said to bring an army on the brink of full-scale rebellion back to his side and to beg for his forgiveness?

He campaigned with these soldiers throughout Europe for over 10 years and during that time he took great care to form connections and get to know many of them personally. Caesar held an intimate understanding of what his soldiers cared about and what would inspire them toward his vision. Acting on this knowledge, he appealed to the one thing Romans had in abundance: pride. 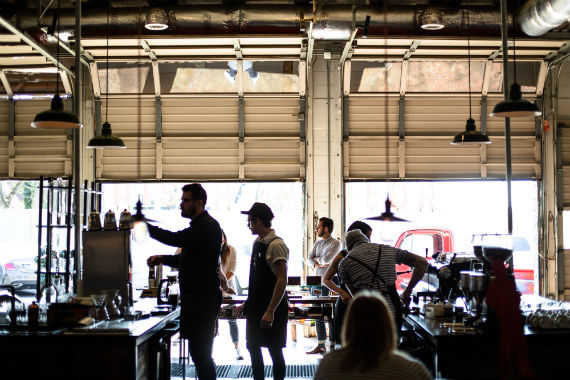 His legions had asked for their discharge, which is the process by which soldiers are returned to the civilian world. And so, when he stood before them, he referred to them as quirites – citizens – rather than as soldiers, shaming them so much that the mutiny ended almost immediately. When it came to what is a good leader for Caesar, it was all about knowing what drove his troops.

Relationships are so fundamentally important to us as humans because it’s these connections we make with one another that allow us to break free of perceived limitations and pursue our goals. And we don’t mean the kind of superficial networking connections you might make while schmoozing at a company happy hour. We’re talking deep, personal connections where you truly get to know someone and their fundamental needs – needs that, as a leader, you can appeal to when inspiring positive, lasting change in that person. The ability to inspire change is the true definition of a good leader and anyone can learn how to do it.

To make these connections, we need to think beyond the simple skill of building rapport to serve whatever our need is at the moment, and instead focus on truly understanding and appreciating where people are coming from so that we can best serve them.

In an effort to lure Pepsi-Cola’s then-president, John Sculley, to Apple, Steve Jobs famously asked, “Do you want to spend the rest of your life selling sugared water, or do you want to change the world?” Jobs had a beautiful, compelling vision that did ultimately come to fruition. How did he achieve it? What made him such a great leader that he was able to transform Apple into one of the most successful tech companies in the world, all while turning his customers and employees into raving fans?

One of Steve Jobs’ most spectacular talents was his ability to focus on a clear vision for Apple’s next product. He had a clear vision of what he wanted and used great leadership skills to achieve his goals. By guiding his team to focus on developing products like the iMac, the iPod and the iPhone – products that dominated their markets – he was able to take Apple on a path to success that would not have been possible without Jobs’ laser clear focus and his understanding of how to be a good leader.

One of our greatest assets is time. It’s no secret that in today’s digital world that’s heavily saturated with things like social media, emails, text messages and a torrent of other distractions, many of us find time in short supply. But don’t let the assumption that it’s too scarce stop you from taking control of yours.

The definition of a good leader is one who knows how to maximize their time by focusing their attention on the outcomes that matter the most to them. And time mastery extends beyond learning to maximize your own time and into knowing how to teach and guide others to do the same. When you learn how to become a good leader, you will see the importance of helping yourself and others cut through the clutter and focus on the results that speak directly to the most relevant and most valued objectives.

Oftentimes, the greater the goal, the more unclear the path to achieving it. That’s why the definition of a good leader includes the ability to cultivate certainty among their team, even during the most uncertain times.

Jeff Bezos, the founder of Amazon, is a great example of this. After finding substantial financial success working for Bankers Trust and then D.E. Shaw, a hedge fund, Bezos took a calculated risk by quitting his job in order to start Amazon from his garage. Despite early successes, however, it became apparent that Amazon was going to crash, along with the rest of the tech industry when the 2000-2001 “dot-com bubble” burst.

Jeff Bezos knew how to be a good leader, though, and he overcame this obstacle by cultivating certainty – in himself and his team. He believed in the vision he had in his mind’s eye and was able to use that belief to create certainty among his shareholders. His confidence in the company’s future translated to inspiring and empowering persuasion that created a ripple effect of certainty around him. This illuminated a path to the future, even in the midst of a seemingly dark and hopeless situation.

No achievement worth making will come without at least a bit of uncertainty. The definition of a good leader is the ability to see the positives in uncertainty and use it to become innovators and disruptors.

Mastering relationships, time and certainty are essential when it comes to how to be a good leader, but these things are wasted skills if you don’t have a driving purpose behind what you’re doing. When you have purpose, learning how to balance profitability and passion becomes much easier and will help you learn how to become a good leader.

If someone asks you what you do for a living, what do you tell them? Do you call it work, or do you call it a mission? Do you answer with pride or feel embarrassed that you’re not doing something you care about more?

When we talk about what is a good leader, we must talk about the love leaders have for their business. If it’s only work, then it’s probably taking more from you than it’s giving. But if it’s a mission, that’s the psychological and spiritual juice life is made of. That’s the juice that will keep you pushing through setbacks, allow you to uplift your team members when you hit challenges and prevent any- and everything from obstructing your view of your ultimate goals. Purpose is the life force of how to be a good leader, and it’s essential to realizing your vision.

In learning how to be a good leader, you must have a vision. But vision isn’t all about the future. One of the reasons that many businesses fail is because leaders don’t have a true vision and end up working in their business instead of on it.

You have to be able to see things as they currently are before you can move forward in any real way. Leaders with a clear vision have a keen understanding of not only what they want the future to look like, but what the present looks like as well. The definition of a good leader is possessing clarity and the ability to act on that clarity.

That said, remember to see things how they are but not worse than they are. A lot of businesspeople fall into the paralytic trap of thinking that their circumstances are too dire. Culturally, we have a habit of catastrophizing our situations and assuming things are bleaker than they are in reality.

Thinking that situations are hopeless and cannot be changed is one of the top reasons why people are unhappy at work. This line of thinking will prevent you from seeing a better future, which is the final skill you must have when learning how to be a good leader. Once you see things as they are, you then need to see them better than they are so that you have something to move toward. If you aren’t able to envision exactly what you want for the future of your company, you will not be able to ask for what you want from the people who can give it to you. You also will not be able to show your team what they are working toward and why. When you have a clear vision, you can form deep connections with those around you and develop strategies and a massive action plan to help you achieve your vision.

Once you’ve harnessed relationship, time, purpose and vision mastery, you can truly know how to become a good leader and accomplish anything.

The best Tony content straight to your inbox ÛÓ twice a month.