The state of school lunches

Students are rejecting healthy options in the school lunch line Posted by: Team Tony While the days of serving mystery meat as an entrée and classifying ketchup as a vegetable may be in the past, school lunches still have a long way to go when it comes to providing students with the nourishment they need.

Over the last several years, school lunches have undergone significant change. The Final Rule: Local School Wellness Policy Implementation Under the Healthy, Hunger-Free Kids Act of 2010, was implemented early in the 2016 school year, requires more fruits, vegetables and whole grains in the lunch line. The legislative measure also caps the amount of sodium, sugar and fat. So it has been out with the ice cream bars, chocolate chip cookies and cheese curls and in with the pretzel sticks, yogurt cups and celery sticks. 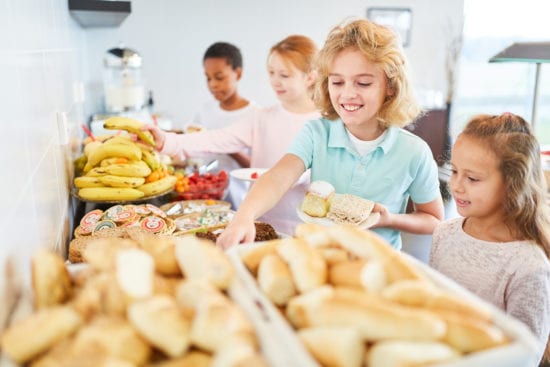 Before the Healthy, Hunger-Free Kids Act

The new standards were part of a larger effort to create a healthier nutritional environment for students — something that many considered long overdue. Before the Healthy, Hunger-Free Kids Act – first established in 2010 – was introduced, it had been a staggering 15 years since the USDA had made any significant changes to school meals.

In 2012, the average weight of the American child had been climbing at an alarming rate since the 1980s, and one in three American kids was obese or overweight.

So for all intents and purposes, strict new nutrition standards on all food sold in public schools did not just seem like good idea, but a necessary course of action. The generation raised on Happy Meals and Lunchables, supporters of the Healthy, Hunger-Free Kids Act believed, could learn to appreciate whole-wheat tortillas and roasted vegetables. Kids would have more energy and be able to focus better in class. Obesity rates and other health issues associated with diet would steadily decline.

But as the well-intentioned guidelines turned into specific rules for what could and could not be served in participating schools, a slew of new challenges arose that had more serious consequences that few could foresee.

According to a report (pdf) from the Government Accountability Office (GAO), the federally-mandated changes to school lunches led to an unprecedented drop in the number of students eating lunch. The GAO found that student participation in the National School Lunch Program declined by 1.2 million students between 2010-2011 and 2012-2013, citing two main factors for the decline: students’ problems with the “palatability” of the food and the increases in the price of school lunches.

The whole grain-rich products, fruits, vegetables and reduced fat and sodium foods have proven to be a hard sell. Last year, researchers at Johns Hopkins Bloomberg School of Public Health found that young children (kindergarten through the second grade) take but barely touch healthy school cafeteria food options. Most of the vegetables, then, end up in the trash, meaning that there is an increasing number of hungry children as well as excess amounts of food waste. And while some students passively throw their lunch away or avoid it altogether, others, particularly the adolescents, have chosen less subtle ways like taking to Twitter and other social media platforms to voice their distaste.

“For example, in one district, changes the school food authorities made to specific food items, such as sandwiches, contributed to a middle and high school boycott of school lunch by students that lasted for 3 weeks at the beginning of school year 2012-2013,” the GAO study notes.

Kids will always find a way …

To find their way around the nutrition requirements, some students still bring prohibited items, such as potato chips and cookies, to school, while others opt to get food from off-campus fast food joints. And still some students, as previously revealed in a hearing before the House Subcommittee on Early Childhood, Elementary, and Secondary Education, have even created their own black markets to trade and sell salt.

“Perhaps the most colorful example in my district is that students have been caught bringing, and even selling, salt, pepper and sugar in school to add taste to perceived bland and tasteless cafeteria food,” said John S. Payne, the president of Blackford County School Board of Trustees in Hartford City, Indiana.

Making matters worse — as nutritional requirements changed for school lunches, the price to prepare the healthier fare has also gone up. And in many school districts, that has meant passing on at least part of the added cost to families, many of whom struggle to afford the current pricing. This places the schools in a difficult situation, as they don’t want to charge the students more, but they also don’t want to cut the quality of the food. Left with little choice, a number of schools have dropped out of the federal school lunch program. 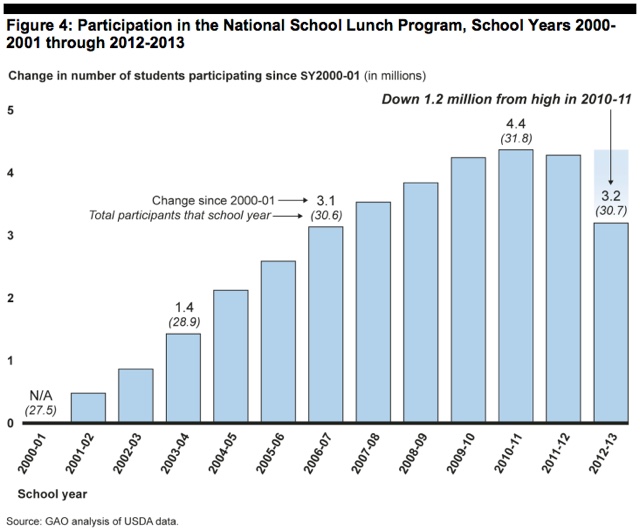 The vast majority (95%) of the nation’s public and non-profit schools participate in the federal school lunch program, but a number have already dropped out, largely because of rising costs, limited resources and increased food waste.

In the meantime, some states and schools are turning towards more creative solutions to promote healthy foods and increase participation in school meal programs. Two of the most notable efforts have involved hiring chefs to work in school cafeterias and introducing something called a “smart cafe” system, in which healthier foods like fruits and vegetables are displayed more prominently in lunch lines. And according to a recent study led by researchers from Harvard T.H. Chan School of Public Health, such efforts seem to be working.

The study focused on 14 elementary and middle schools, with 2,638 students in grades three through eight. Some schools were randomly assigned to receive weekly training and recipe instruction from a professional chef. Some schools received “smart cafe” design strategies. Some received both and the rest, the control schools, received no sort of intervention. 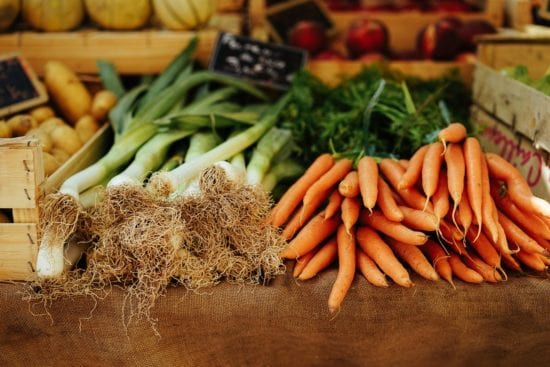 “The results highlight the importance of focusing on the palatability of school meals. Partnerships with chefs can lead to substantial improvements in the quality of school meals and can be an economically feasible option for schools,” said lead author of the study, Juliana Cohen. “Additionally, this study shows that schools should not abandon healthier foods if they are initially met with resistance by students.”

While hiring full-time chefs is not a realistic nor a practical option for many schools, school districts could potentially pool their resources to hire and share a rotating chef. That chef would be charged with the task of creating health-, student- and budget-friendly menus, and subsequently training school lunch staff to carry out those recipes.

Research suggests that diets high in trans and saturated fats can negatively impact learning and memory, nutritional deficiencies early in life can affect the cognitive development of children, while access to nutrition improves students’ cognition, concentration and energy levels.

It is clear that there is no single easy fix to improving school lunches. Each school may, in fact, need to find its own solution. But the urgency of finding a solution to the school lunch conundrum cannot be underestimated. Countless studies have demonstrated that proper nourishment enhances concentration, comprehension and academic performance. And poor nutrition has been shown to indirectly impact school performance, by leaving students susceptible to illness, headaches and stomach aches.

To draw students back to the lunch lines and help them be more engaged in the schooling process, schools must find a way to balance taste, nutrition and affordability. Overcoming the current challenges is a ripe opportunity to change the way children look at food, to encourage healthy decisions, to promote healthy living and to positively impact students’ academic performance on a more permanent basis.

For more on achieving a healthy lifestyle for you and your family check out the Tony Robbins Instagram, LinkedIn, and Facebook pages.