Dawn Watson attended Date With Destiny in 2014. Like thousands of other people who attend the event, Dawn wanted to discover more about her purpose in life, but the circumstances that brought her to the event were anything but ordinary.

Dawn was born into a religious cult. She and her family lived in Brazil, and were members of the American cult known as Children of God. One of the organization’s main beliefs is that in order to spread the love of god, you need to express your devotion through sexual acts. From the age of six, Dawn was required to have sex with other members of the cult.

By the time she was 13, Dawn was convinced there was more to life than the psychological, emotional and sexual abuse she faced daily. She ran away from the cult in search of real love, leaving behind everything she’d ever known, even though she’d never had an example of a healthy relationship in her life.

By age 26, Dawn was so jaded by terrible interpersonal relationships that she knew she needed to seek out a new way of living. She was not only feeling aimless, but suicidal. A friend recommended that Dawn attend Date With Destiny to hear what Tony Robbins had to say about finding purpose. If Dawn could learn to set goals and make progress designing her own destiny, she would find the fulfillment she so desperately needed.

The things that Dawn had already encountered in her short life were beyond horrific. Not many people can imagine the pain she faced, nor the lasting effects that those events can have on someone. Dawn stood up at the Date With Destiny event and bravely shared her story of working through excruciating psychological pain to create meaning in her life.

Tony was taken aback by her candor and resilience. “You are a miracle; truly a miracle. You made it through hell to be here in this moment. You are a miracle to everyone in this room. That is one thing I know. Insane, insanity out of pain, out of injustice. You have not just been through pain, you have been through spiritual pain. It’s beyond what most people could ever imagine in their lives. You haven’t deserved any of it, but out of that comes unbelievable strength, and you are tired of being strong, but you still are. And we are going to work together and we are going to get this handled. You and me. And when I say get it handled, we can’t change the past, but we can take away the pain, and that’s all you really want.” 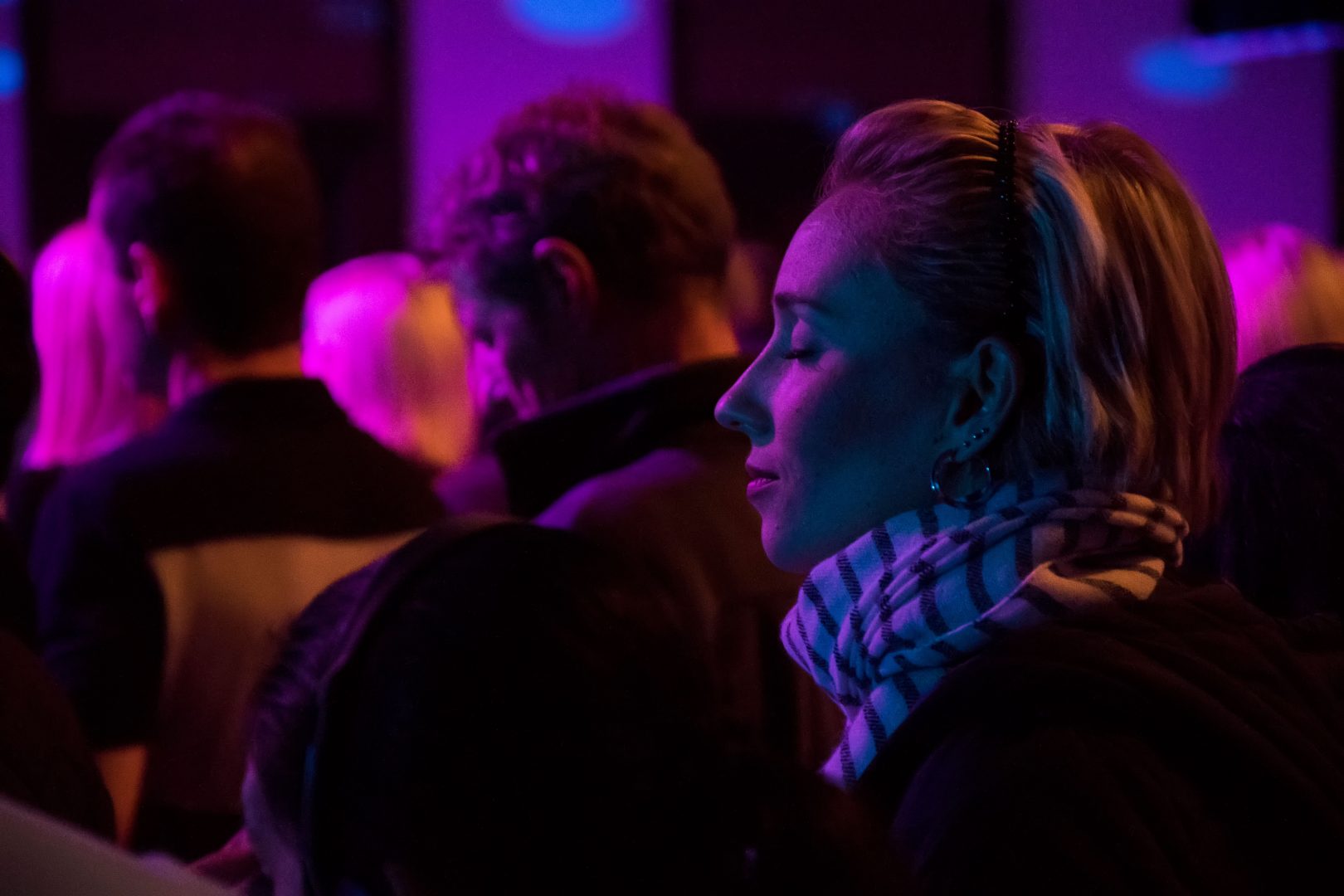 Dawn was already on track to succeed in changing her life because she had already taken back her power. As a child being raised in the cult, she had no say over how her life took shape. But as an adult, she took back her power by actively deciding that she was going to break the cycle of pain and suffering. She was going to choose love and joy instead while learning to master her emotions. Dawn was already discovering a pivotal component of Tony’s message: that positive thinking is powerful because it generates a feeling of certainty in yourself when nothing in the environment supports you. Even as a child, Dawn intrinsically sensed a fundamental truth she would hear echoed in Tony’s coaching years later:

“There is a powerful driving force inside every human being that, once unleashed, can make any vision, dream or desire a reality.”

While Dawn’s childhood experiences had been traumatic, Dawn realized they need not have a permanent impact on her adult life. By learning to change her story, Dawn learned to see her adverse experiences as an impetus for seeking fulfillment.

Turning pain into a new purpose 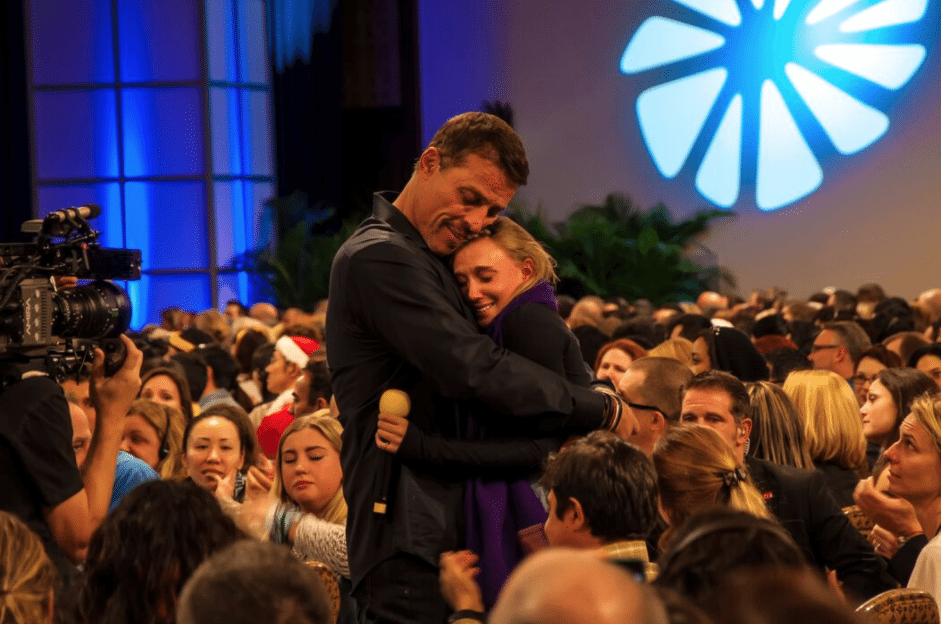 Having found the key to healing herself, Dawn embraced a mission of helping others. Dawn lost friends and family to the cult, and some of her loved ones even took their own lives to escape their demons. Dawn had already gone through her own process of grieving and forgiving the many people who wronged her, and she was ready to start helping her loved ones.

Dawn might not have known it, but she had already adopted a post-traumatic growth mindset. She was working to create something positive from her pain, and this state led her to Date With Destiny. In serving others, Dawn was unconsciously fulfilling one of the six essential human needs – the need to contribute – which furthered her own healing as she worked to help others.

After hearing her story, Tony Robbins decided he could do more to help Dawn. Recognizing Dawn’s drive to advocate for others who’d experienced similar trauma, Tony decided to partner Dawn up with his longtime collaborator, Cloé Madanes. Cloé is a trusted therapist who specializes in training other therapists, particularly on interpersonal issues.

Tony established that Cloé would help train Dawn to become a therapist since, as a therapist, Dawn would be uniquely equipped to support clients seeking much-needed healing. In serving her clients, Dawn would also nurture her own sense of purpose. Tony also invited Dawn’s loved ones along for the ride. Tony told Dawn she could bring anyone from her past that had also been affected by the community to receive personal mentoring from Tony, Cloé and the rest of the Robbins team.

After attending Date With Destiny, Dawn followed through and became certified at the Robbins-Madanes Center for Strategic Intervention. Today, Dawn helps others process their pain through her events, online courses, lectures and more. She’s created an entirely new life for herself, one that focuses on love, growth and joy instead of suffering.

Dawn’s hunger to grow and change her life is inspiring. Throughout her healing process, Dawn exemplified the mindset she embraced at Date With Destiny: Pain isn’t permanent, and moments of decision shape your destiny. By working on her own healing, Dawn found her purpose, advocating for people everywhere who are trying to move past their own painful periods.

Dawn’s interaction with Tony was caught on film for the documentary, I Am Not Your Guru. Dawn’s story will not only help those she knows personally, but her work with Tony Robbins will continue to inspire people around the world for years. 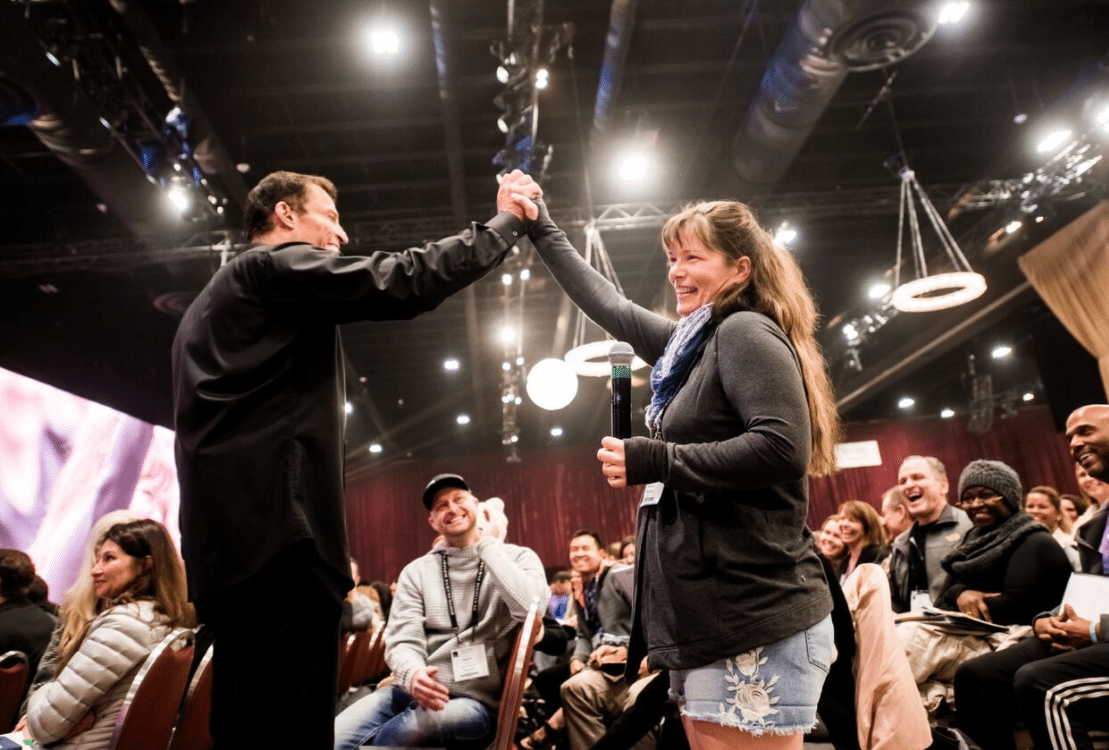