Take your business to unreached heights at Business Mastery

How to overcome fear of failure 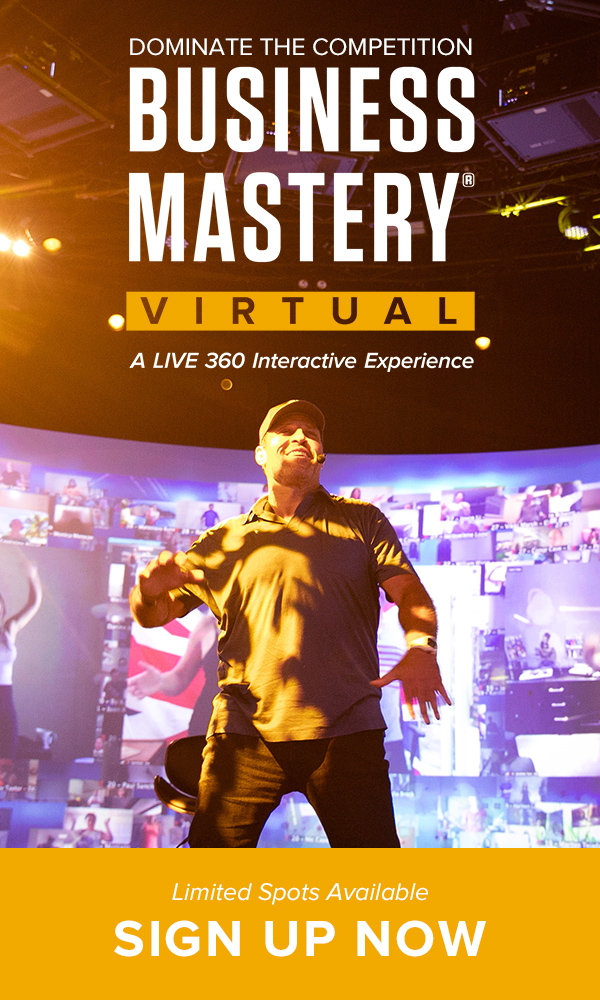 Fear of failure is extremely common. It’s the ultimate loss, leading to uncertainty, pain and self-doubt. So would it surprise you to learn that most high achievers count failure as one of their greatest fears?

The difference is that they’ve learned how to overcome fear of failure by identifying and leveraging those feelings – using them to ascend even higher.

Maybe your business found success quickly and you are now barely hanging on, unsure of where to go next. Maybe your last relationship ended badly and now you’re afraid of letting anyone in at all. Or maybe you’re stuck in an unfulfilling life because your fear of failure stops you from making changes.

Overcoming fear of failure means recognizing that it’s not about the struggle or “failure” itself. It’s about how you frame the failure and treat yourself in its aftermath that ultimately shape your outcome. By adopting a mindset of learning and curiosity, you’re able to learn from failure and use it to accomplish even more in the future.

Four signs you have a fear of failure

Learning how to overcome fear of failure starts with identifying it. The fear of failure isn’t always obvious. This fear doesn’t appear the way more acute fears, like public speaking or social anxiety, manifest themselves. You probably won’t get sweaty palms and a racing heart from a fear of failure. Instead you’ll see one – or all – of these four signs.

1. You worry about what others think

Humans are social animals, and it’s natural to care about what others think – up to a point. But caring too much about what others think can lead to a crippling fear of failure. Whether you’re worried others will think less of you, be disappointed in you or just not find you very interesting to be around, overcoming fear of failure always involves valuing the only opinion that matters: your own.

2. You set low expectations for yourself

Do you often tell others that you’re “not very good” at something or that you don’t really expect you’ll be able to succeed? Are you just “trying it out” without putting in your full effort? These are all signs that you have a fear of failure. By setting low expectations for yourself, you’re protecting yourself from criticism – from yourself and others.

Like setting low expectations, procrastinating is a way of protecting yourself from failure. If you find yourself making excuses – whether you don’t have time, energy or the resources you need to accomplish your goals – it’s really a defense mechanism against your fear of failure. If you never get started, you can’t fail.

4. You can’t move on from failures

Those with fear of failure still accomplish much in life. The difference between reaching your peak state and simply existing lies in your reaction when you do fail. It’s normal to feel sad and disappointed, but if you tend to wallow in these emotions or experience prolonged distress, it could be because you’re not able to find the lessons and move on – two absolute necessities if you are to learn how to overcome fear of failure.

Fear of failure: A case study

Karla Vargas identified her own fear of failure at a Business Mastery event. After an initial three years of success, the business she had built struggled with competition, a rapidly changing market and internal tensions. Devoting more and more time to solving these problems proved a drain on Karla: Her company became a source of pain.

In that moment of frustration, she created a new business to act as an outlet. She was immediately successful, but that achievement did little to ease her grief over what became of her first company. Karla needed to learn how to overcome her fear of failure and let go of her first company. She needed to find the lessons in failure, stop worrying about what others thought and move on.

Tony showed Karla that she had combined her own identity with that of her business, and her doubt about letting the old business go was a reflection of her fear of failure. He helped her detach the identity of her business from her personal identity, allowing her to open herself up to endless new opportunities.

How to overcome fear of failure

Like Karla, the world’s most successful entrepreneurs, top athletes and famous actors had to learn how to overcome fear of failure in order to soar to new heights. As Tony has said, “I don’t know anybody who’s been successful in life and business who hasn’t been devastated multiple times. The only difference is they get back up immediately.” Here’s how you can stop fear of failure from holding you back.

Suffering is caused by our limiting beliefs. These beliefs, which can tie in to how you think and talk about yourself, can stop us from achieving and exacerbate our fears. We may even find ourselves paralyzed, unable to make a decision or move on from a situation. In Karla’s case, her first business had become so deeply rooted inside her psyche that she viewed it as an extension of herself. Its troubles became her troubles, causing an unhealthy attachment that fed her fear of failure.

When you stop focusing on limiting beliefs, you can see through the fog and plan your next move. Once Karla realized that the failure of her business didn’t make her a failure, she was able to forge a new path toward opportunity. For the first time in six years, Karla was able to find peace with herself and with her business. So long as she let her hunger drive her, she could achieve anything she put her mind to.

Our actions and mindset matter more in moments of loss than in our moments of triumph. The ability to conquer limiting beliefs and find inner strength is what separates the achievers – people like Karla who will stop at nothing to reach their dreams – from everyone else. Replace those limiting thoughts with empowering beliefs that affirm your self-worth and professional skills. Building your overall confidence will trickle down into your life, so you can tame the fear of failure instead of feeling enslaved by it.

Successful people don’t just fail and then move on to a new venture completely unchanged. They allow their failures to act as lessons that they can incorporate into their future goals.

When you learn to find the lesson in every failure, it changes how you see the whole game – whether in life or in business. You’re able to change your mindset from one of “I failed” to one of “I cut my losses and learned a valuable lesson.” Finding the lesson allows you to focus on what is in your control and make an action plan. And action is the real key to overcoming fear of failure.

Karla isn’t alone in her fear of failure in business. This fear is what keeps many people from even trying to start a business at all. And for those that do, the fear of failure always seems to be lurking. One of the common causes is actually quite rational: there is a lot at stake in business transactions. But you can take steps to mitigate that risk and minimize your fear of failure.

Marketing expert Jay Abraham champions orienting every aspect of your business toward risk reversal, from your marketing and sales systems to your customer service practices. Risk reversal – reducing the risks your customer assumes in purchasing your product – is a strategy you can use to cultivate trust. You might implement a money-back guarantee or loyalty system so that consumers can purchase your product with confidence. With a relationship of trust backed by demonstrable consumer protections, you break down walls to lasting customer loyalty. The only prerequisite is having a firm confidence in your product.

The fear of failure doesn’t have to limit you. Learn how to overcome it and take charge of your career and success at Business Mastery.

Take your business to unreached heights at Business Mastery

LEARN THE SECRETS TO BUSINESS MASTERY WITH TONY ROBBINS

Over five days and nights, Business Mastery will help you understand the critical factors impacting your business right now, then refocus and realign with the business strategy and psychology you need for competing and innovating, in any economy. Apply now!