Pave your path to outstanding influence at Leadership Academy

The power of influence in leadership 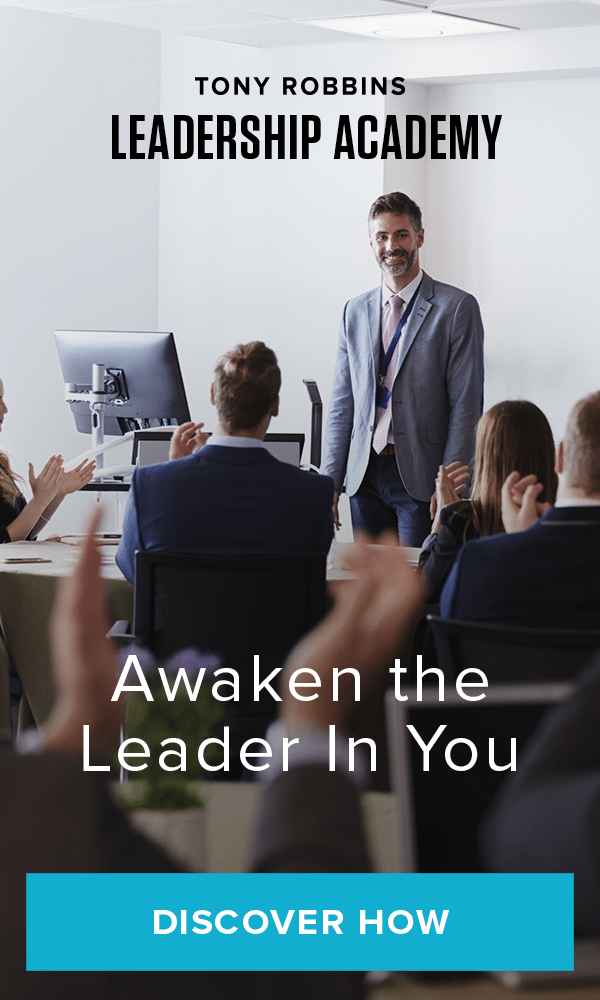 “Leadership has given me the tools to help change the world like I want to change it. It’s been the most amazing journey.”

We all know the one boss who gets the promotion and instantly starts thinking they make all the rules. But that’s not how it works. Leadership positions don’t necessarily come with influence – and influence isn’t always related to climbing the corporate ladder. So what is influence in leadership? And how can you develop your influence to make the changes you want to see in the world?

Claudette Anderson, a life coach, small business owner and CEO of The Truth Method, knew her purpose. But she needed the skills and strategies to influence others – and change lives. Leadership Academy transformed the way she interacts with her team, giving her the ability to take control of any situation.

What is influence in leadership?

Influence in leadership is the ability to impact business results by changing behaviors and inspiring others to take action. It means you can affect the character, behavior and development of other people. It’s one of the top leadership skills you need to learn in order to create the career, company and life you’ve always dreamed of.

You don’t need to be a C-suite executive to leverage influence and become an outstanding leader. Influence in leadership is a set of skills that can be developed, just like any other. It’s about building connections, communicating your vision and getting others to see it, too.

When thinking about the question, “What is influence in leadership?” we can’t avoid mentioning what it is not. Influence in leadership is not the ability to get people to do anything you want. It’s not about having total control of every situation, giving orders or running your company like a military boot camp. This is the difference between a boss and a leader: leaders connect, transform and inspire. They don’t dictate.

Why is influence important in leadership?

Great leaders may be smart, driven and successful, but they’re not superhuman. They can’t do it all themselves. Whatever their leadership style, influence is how leaders get things done. It’s how they inspire others to action and propel their companies to new heights. It’s how they create productive, innovative and agile company cultures with a sense of community and pride.

Arianna Huffington connects with her employees on a personal level – and they helped her build a multi-million dollar media company. Tim Cook’s emphasis on collaboration and community guided Apple after the death of Steve Jobs shook it to its core. Reed Hastings’ visionary leadership values convinced the world to take a chance on a little company called Netflix.

So why is influence important in leadership? It can be the difference between a company that thrives and a company that just survives – and as Claudette discovered, it’s what allows you to make a difference in the world. That’s the ultimate goal for every great leader.

How to develop influence in leadership

Influence and leadership don’t always go together – but when they do, it’s a powerful combination. During Business Mastery, Claudette mastered the answer to “What is influence in leadership?” by practicing the Seven Master Steps for Creating Lasting Change. Through this process, she discovered how to connect with others, learn what impacts them and use that to change their actions.

Step one: Understand and appreciate their world

To influence someone else, you need to understand what drives them – what gets them excited and makes their life worth living. Understand the priority they place on their Six Humans Needs and you’ll understand how to influence them.

Most people don’t change because their current actions are meeting some of their needs, but not all of them. You need to learn what it is you can offer to meet more of their needs. That’s leverage, and it’s the ultimate tool for influence in leadership.

Patterns are what stop us from making changes: patterns in our thinking, our beliefs and the meanings we give to things. To create lasting change in someone’s behavior, you must learn to recognize and interrupt these patterns.

Tony says that “Rewards come in action, not in discussion.” The first step toward taking action is to define the problem in a solvable way. Others often don’t see problems as solvable – but leaders do. And they transmit that confidence to others.

Why is influence important in leadership? It isn’t just about confidence and decision-making skills. It’s about empowering others to replace unproductive habits and behaviors with those that serve the greater good.

“Any thought, any feeling, any belief, any behavior that is reinforced consistently will eventually become a habit,” as Tony says. Positive reinforcement is how you condition the behavior and prevent the person from going back to their old ways.

We can break step seven down into two parts: First, relate the change to what the person values most. Second, create an environment that supports the change. This will give them the inner purpose and support they need to make the change permanent.

Pave your path to outstanding influence at Leadership Academy