Get more out of your life at Unleash the Power Within 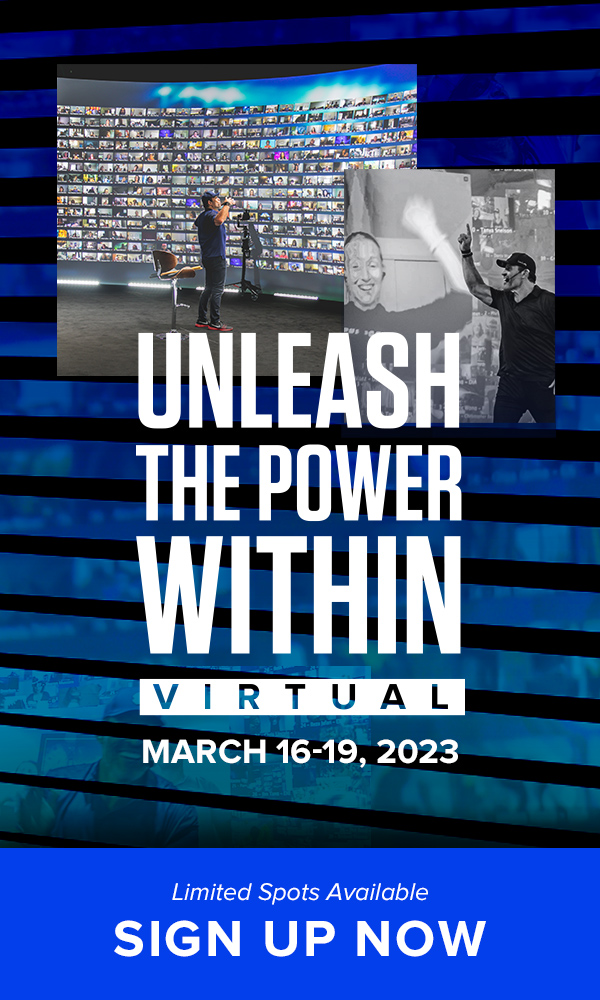 To help people bridge that gap from good to great, Tony Robbins created a live event, Unleash the Power Within (UPW), to empower thousands of individuals to stop letting their fears and bad habits get the best of them, and instead push them to get more out of life. These people have figured out how to take the next step in the journey of their lives, and you, too, can understand how to get to your next level.

“Fear is a huge issue for me. This technique Tony has is a really smart way to literally set those fears aside… That to me, is unleashing the power within.” – Gerard Butler

As a distinguished actor, Gerard Butler spends his life at the next level. Between his countless roles, Gerard is also a dedicated philanthropist. Introduced to Tony Robbins through his dad when he was 17, Gerard had listened to several audio programs before attending Unleash the Power Within. Despite living life in the public eye and being one for adventure, Gerard struggled with losing focus and being consumed by fear. Before attending Unleash the Power Within, he even found himself nervous about participating with 10,000 other people. Enraptured by the intense energy of the event, his nerves quickly disappeared and he found himself finally able to move towards overcoming his habit of fear.

Gerard’s time at Unleash the Power Within gave him the fighting spirit to gain the techniques that would help him set his fears aside for good and get more out of his life. He found a daily way to rewire his brain and go forward and create his own space. He wants to continue to focus on gratitude while finding a more direct purpose and live a life of fulfillment and contribution.

Watch the video below to hear more about Gerard’s story.

“Singlehandedly, I can say Tony Robbins changed my life for the better. Through his work, I found my strength.” – Siri Lindley

As a former 2-time ITU World Champion, inductee to the USA Triathlon Hall of Fame, and Olympic and Ironman coach, Siri Lindley’s story is nothing short of incredible. She is a Brown University graduate, and has coached field hockey and lacrosse at Ivy League schools. Her own athletic career was filled with plenty of success and painful failures but rather than letting that destroy her, she let it fuel her. Upon finding Tony Robbins, Siri Lindley began on a journey of inner self-improvement through her hunger to learn. Tony helped her realize how horrible, painful moments bring you to something wonderful. She had long been struggling with the fear of coming out, worrying it would destroy everything she had worked so hard for. Instead, she discovered it opened up her world, gave her more strength and allowed her to tap into her entire being — instead of hiding who she truly was.

Siri’s time at Unleash the Power Within helped her focus on the relationship she has built with her partner, Rebekah Keat. While they were both fully committed to each other, they learned how to continue to give their entire heart and soul constantly. Siri was invested in making sure she works to be the best wife and the best person every single day.

Watch the video below to hear Siri and Rebekah’s story.

Like Gerard and Siri, you can reach your next level in life. Instead of focusing on fear, like Gerard and Siri did initially, focus on the things that encourage you to thrive. Achievers try to cover up their fear by saying they’re being realistic, but in reality, they’re only limiting themselves. Find out how you can take your life to the next level, and start getting more out of your life.