How to use radical innovation in any industry

In today’s age of rapid technological disruption, a business that doesn’t innovate won’t last. As a business owner, if you don’t adapt to the evolving needs and preferences of your clientele, your competition will leave you in the dust. Remaining competitive means committing to constantly improving your processes, products and services so that they always add real value to your customers’ lives.

Rather than remain inert in the status quo, you must embrace radical innovation that impacts your entire industry. By making radically innovative changes to part of your company culture, you’ll stay ahead of the curve and create lasting customer loyalty.

Embrace your business identity to begin getting radical results

What is radical innovation?

Radical innovation is a transformative business model that seeks to completely demolish and replace an existing industry or create a whole new industry. It takes an existing system, design or invention and turns it into something brand new. It may change the parts of the system, the processes of the system or both. Radical innovators don’t just innovate on what already exists – they create an entirely new market for their product.

Radical innovation leverages your company’s existing infrastructure, assets and core competencies to create products or services that change your industry for the better. It depends on the collaboration and creativity of your staff and a willingness to work toward shared goals. You’ll need a culture of innovation and raving fan employees to truly create radical change.

Why is radical innovation important? 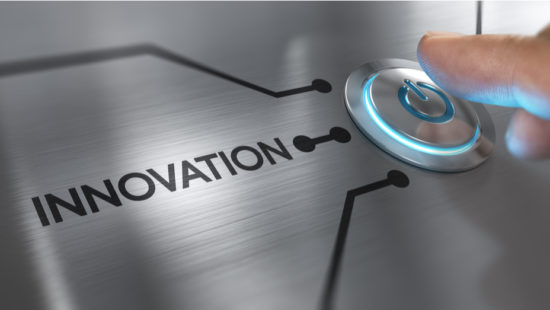 Radical innovation doesn’t just disrupt markets – it creates entirely new ones. Businesses that radically innovate are trendsetters, drivers of change and creators. If you want to make a difference in the world, radical innovation will help you make the biggest difference possible.

It also helps you stay a step ahead of the competition, ensuring continued long-term growth. It can mean the difference between your business succeeding – or closing its doors for good. Radical innovators survive and thrive under any circumstances, sometimes at the expense of others. It may sound harsh, but radical innovation is the only way progress is made.

Nearly all companies innovate in some way. Think of innovation like a scale or a spectrum. On one end are businesses that innovate just enough to survive. On the other end is radical innovation. To better understand radical innovation and how it differs from other types, let’s take a look at the entire innovation spectrum.

Incremental innovators are businesses that typically sell an existing product, technology or service within an existing market. They innovate as necessary to stay in the game and make a profit, but they prefer to remain relevant without causing an industry-wide stir. This is where most businesses fall on the spectrum – and is the opposite of radical innovation, which disrupts both the product or service and the market.

Architectural innovators are businesses that take an existing product or service, tweak it to match slightly different needs and sell it to a new market. It’s a low-risk form of innovation because products and processes don’t change; they’re applied to a new market. True radical innovation is much riskier, but the payoff is greater.

Disruptive innovators are businesses that create a new product or service to sell to an existing market. They’re often successful because they enter the low end of the market, snagging customers largely ignored by established companies. While not technically radical innovators, they do come close – and create big waves in their industry.

None of these companies created their product or service “just because.” To be a true leader in your field, you must have an eye on the future, and innovate with that future in mind.  All three of the examples above share certain traits that are invaluable to radical innovation:

Use of existing technology

The technology may not have been used in the way they were using it, but they took tech that worked and developed a new use for it.

In some cases, customers don’t realize they don’t have what they need until they finally do have it. John Deere’s tractor sensors helped farmers track their crops; Netflix helped movie-lovers relax at home; Apple helped people communicate.

Worked toward a future goal

Netflix wanted to change the way people viewed entertainment. John Deere wanted farmers to have more control over their crops. Apple wanted hand-held computers to be a reality.

What does a company need to do to become radical?

1. Work with what you have 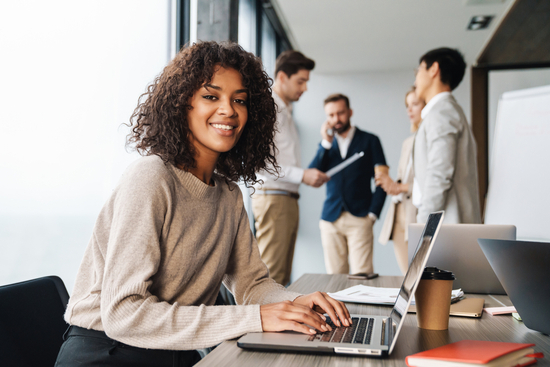 Think of radical innovation as the sweet spot between extremes – you’re either stagnating in the status quo or constantly invading new markets. You don’t need to choose between inertia and invasion. Radical innovation is defined as working with what you’ve got. Radically innovative change means leveraging your core competencies – your team and existing assets – to reach a goal you’ve set for the future.

Research underscores the fact that in order to counter potentially disruptive innovations by competitors, established businesses must drill down on organizational capacity to achieve radical innovation. By building its human and operational capital, a business remains competitive while building forward momentum to drive long-term growth.

Radical innovation requires an open mind and a willingness to take chances. If you harbor doubts about yourself or your staff or business, you either need to cast those aside or confront them head-on. What you think about yourself and your company is what you believe. Radical innovation is all about taking risks and acknowledging that you might fail – or that things might not work out perfectly.

This is a difficult mindset to accept at times, particularly when you’re been trained all your life to see mistakes and failures as catastrophic problems to be corrected. But when you hold on to those thoughts, you allow them to place roadblocks in front of your efforts. Let go of your limiting thoughts and practice positivity. Radical innovation will follow. 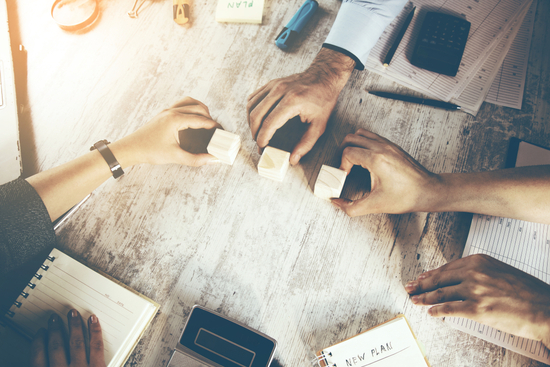 Teamwork is the name of the game when it comes to mastering radical innovation. Think of your staff as an untapped resource for industry-transforming ideas. How are you deploying this invaluable resource? Do your employees feel comfortable sharing their ideas or are they stifled in too-rigid roles?

Don’t lock away creativity at the top of your hierarchy, and don’t limit it to your staff. Open the lines of communication across all departments and make creativity a priority. Invite staff to participate in the process of innovation and encourage their thoughts and ideas. And as you innovate, always solicit customer feedback. They’re the ones who have the most contact with your product, and their requests for features or fixes are ideas you can incorporate into new versions. 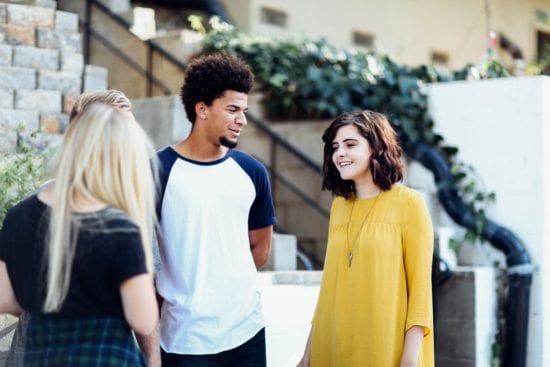 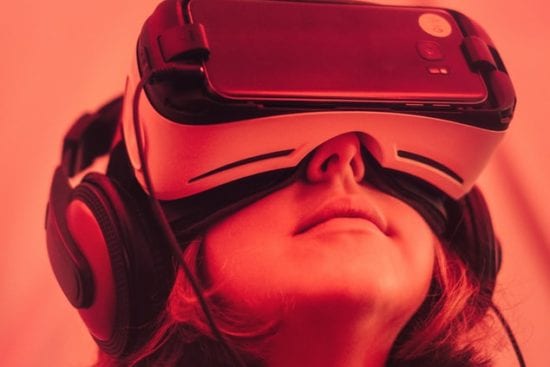 Changes in technology are part of the modern world, and you must be prepared to embrace them to remain competitive. Put your team to work experimenting with the technology you already have so you understand what’s at your disposal. Remain abreast of technological advances and keep an eye out for opportunities to innovate. Finding new ways to make strategic innovations – innovations aligned with your goals that the customer will value enough to purchase – will separate your business from the rest of the pack.

The adage “practice makes perfect” applies to every aspect of life, especially business. As you work to embrace radical innovation, you’ll likely fail before mastering your processes and systems. This is a good thing!

Doing something perfectly the first time around doesn’t teach you anything. Failure is the true path to growth, even if it’s sometimes painful. Rather than buckle under disappointment or the fear of failure, learn from your failures and keep moving forward.

The companies below are among the most prominent radical innovators in recent memory.

Netflix is an excellent example of the role radical innovation can play to disrupt an industry. When Netflix entered the home entertainment industry in 1997 (as a mail-order DVD rental service), Blockbuster, an established company and Netflix’s main competitor, underestimated Netflix’s threat. Instead of clamoring for radically innovative change to counter Netflix’s market entry, Blockbuster sat back and did nothing. We know how this story ends: Netflix disrupted the industry, claiming smaller markets’ loyalty and putting Blockbuster out of business. Now, Blockbuster is obsolete, and Netflix is a household name. 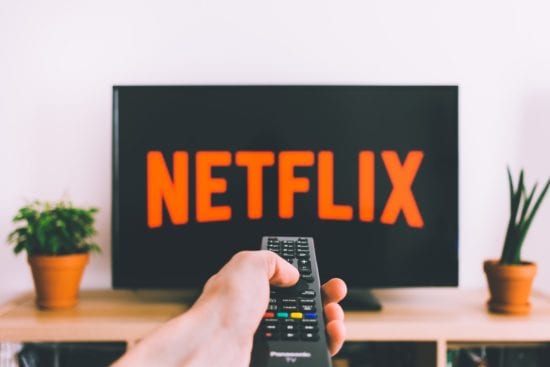 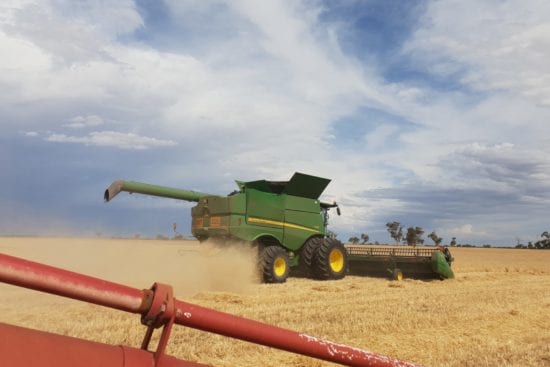 John Deere’s story is another example of how radical innovation can make or break a business. One of the largest manufacturers of farming equipment, John Deere took notice of emergent sensory technology and added sensors to its tractors. Farmers could track and monitor their crops’ yield via sensor, which revolutionized the farming industry. By embracing radically innovative change, John Deere created raving fan customers by filling an unmet need in the market.

The iPhone is another example of radically innovative change. Despite the device’s worldwide popularity, many do not know how it came about. The iPhone was not new technology – its software and interface were derived from the iPod, an existing Apple technology. It was the iPhone’s computer capacity that was the real radical innovation. Rather than add a few new features to an existing phone (i.e. incremental innovation), Apple shifted its concept underpinning the iPhone. 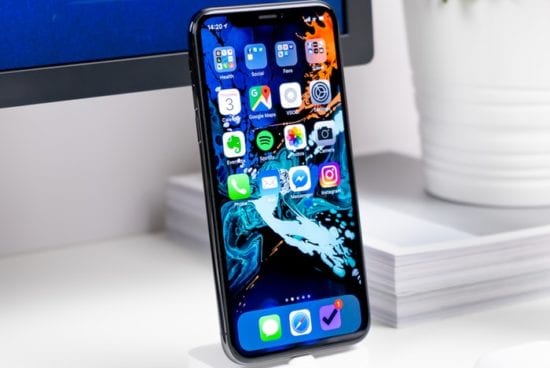 Radical innovation doesn’t come out of nowhere, and it isn’t based on luck. Businesses that radically innovate follow a set of concrete, actionable strategies to create a culture that embraces uncertainty and change, communicates openly and learns quickly from failure. Put these strategies to work today in your business – the world is waiting for its next Apple.

Ready to use innovation to take your business to the next level?

Use innovation to take your business to new heights with Tony Robbins’ 7 Forces of Business Mastery free content series.