Home » The Tony Robbins Blog » Health & Vitality » Have you tried acupuncture yet?

Have you tried acupuncture yet?

The surprising benefits of this ancient therapy Posted by: Team Tony

Acupuncture is a form of traditional Chinese medicine that has been practiced for thousands of years. Yet it has only been in the last few decades that it has started to gain a presence in the United States. And while there is still a relatively small number of American adults who visit acupuncturists — about 1.4% of adults make an appointment each year — alternative practices such as this are fast-becoming an accepted supplement to western medicine.

In recent years, thousands of physicians have started to incorporate acupuncture into their practices. Researchers have also followed the shifting tide, and every year, a number of new studies are published documenting acupuncture’s efficacy in treating everything from depression to fertility issues. Acupuncture is now even covered by many insurance policies as a viable option for treating pain.

The Chinese believe that there is a vital life energy that exists within every single being. They call this force the “qi” (pronounced chee). The qi flows through channels in the body called meridians that form a network connecting the body’s organs. Some of these meridians are negative in orientation, while others are positive. The Chinese refer to these as the Yin and the Yang.

In a healthy individual, the qi flows smoothly through the meridians — circulating the blood, warding off disease, helping the body function correctly, keeping our emotions and and minds uncluttered — and the Yin and Yang are in a state of equilibrium. But when the qi becomes obstructed or disrupted, the Yin and Yang become unbalanced, and the body will experience physical and emotional illness.

The goal of acupuncture is to restore the body to a harmonized, balanced state. And to achieve this goal, the acupuncturist will insert ultra-fine, sterile needles into the body’s acupuncture points. These acupuncture points are set along the body’s meridians, and the needles are believed to release blocked qi in the body and stimulate biochemical changes that trigger the body’s natural healing abilities and promote physical and emotional well-being.

While it’s been a challenge for science to determine how acupuncture exactly works, since it combines a number of mental and physical components, its efficacy has been extensively studied. And you may be surprised to learn just how many ways acupuncture can be used: 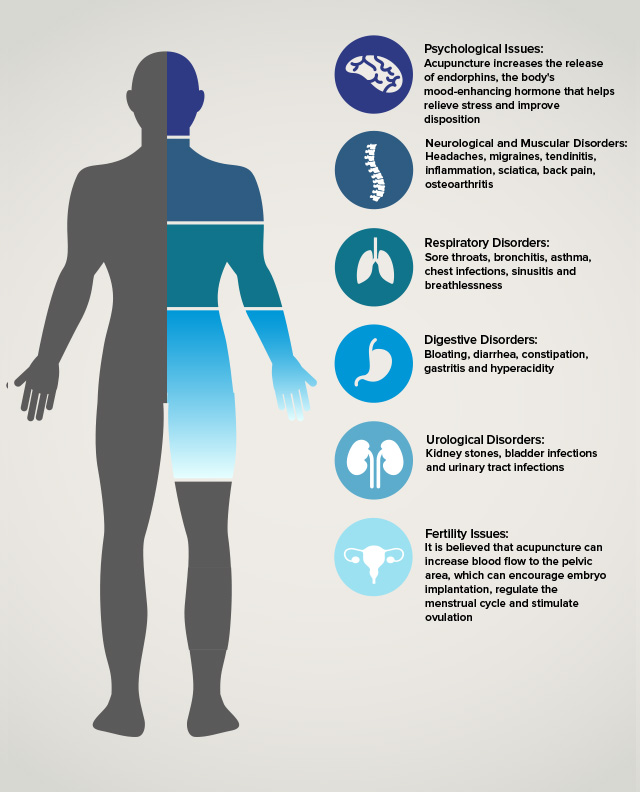 How Tony Robbins will “live” forever

Do you want to live longer?