What the New England Patriots can teach us about the power of partnership Posted by: Team Tony 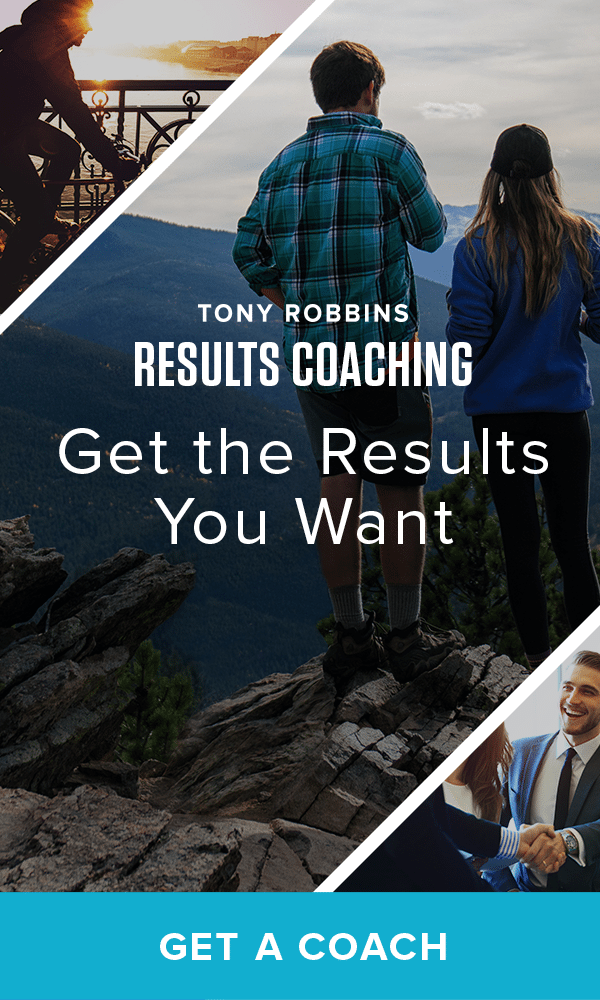 This piece was specially written for the Tony Robbins blog by the founding editor of The Wall Street Journal’s sports section, Sam Walker.

The New England Patriots have made 11 Super Bowl appearances, winning six titles as Super Bowl champions. They are, by my reckoning, one of the 17 most enduringly successful sports teams of all time.


New England is, by any standard, a freak team – a statistical outlier. It’s tempting to disregard their success as something magical. That would be a mistake. The Patriots can teach all of us, even in business, a powerful lesson about management.

As a columnist and editor at The Wall Street Journal, I’ve been around many successful organizations in both sports and business. In my recent book, The Captain Class, I revealed the findings of a study of great sports teams that took ten years to complete. The question was pretty simple: What do the most freakishly successful teams have in common? The answer, however, came as a complete surprise. It wasn’t superior talent, coaching, tactics or financial resources. The only common thread was the personality of the captain.

The seven behavioral traits these men and women shared were not the ones most people (including me) would have predicted. This suggests we don’t fully understand the nature of great leadership. But the Patriots and other elite teams also point to another forgotten truth about management. The only way to be a great boss is to be a great partner.

Two games into the 2001 season, the winless New England Patriots were at the bottom of a deep hole. After a last-place finish the season before, the team had lost its starting quarterback, Drew Bledsoe, to a serious injury. Their odds of winning the Super Bowl were hovering at about 300-1.

New England’s second-year head coach, Bill Belichick, was not highly regarded. He’d been fired as head coach of the Cleveland Browns and had been working as an assistant coach for the New York Jets. With Bledsoe out, Belichick had turned to his no-name rookie backup quarterback, Tom Brady. As a sixth-round draft pick out of Michigan, where he’d struggled to hold down the starting job, Brady had “emergency stopgap” written all over him.

The seemingly hapless Patriots not only upset the Indianapolis Colts that day, they won 10 of their next 13 games, stormed through the playoffs, won the Super Bowl and went on to become a freakish juggernaut.

Who is Bill Belichick?

Coach Belichick was a relatively unknown name until he teamed up with Tom Brady. He was born in Annapolis, Maryland, the son of the assistant football coach for the United States Naval Academy. He played sports, including football, squash and lacrosse, throughout his high school and college years before taking a job as the assistant to the head coach of the Baltimore Colts.

Belichick spent time with the Colts, Broncos and New York Giants in various coaching positions before getting hired on as the head coach of the Cleveland Browns in 1991. He had lackluster results, recording only one winning season with the team before getting fired in 1995. He then spent a year with the Patriots as an assistant coach, joined the Jets for two seasons as head coach and finally landing at his current position of head coach of the New England Patriots where he also takes on many of the general manager duties. His first season as coach, the team went 5-11 – the only losing season the team has posted since 2000 – and the only season in which Brady was not the starting quarterback.

It’s impossible to know whether Belichick would have become Belichick without Brady or whether Brady would have become a legend playing somewhere else. What we do know is that this dynasty – known as the Brady-Belichick dynamic – began the moment they joined forces. Clearly, this combination played a significant role. 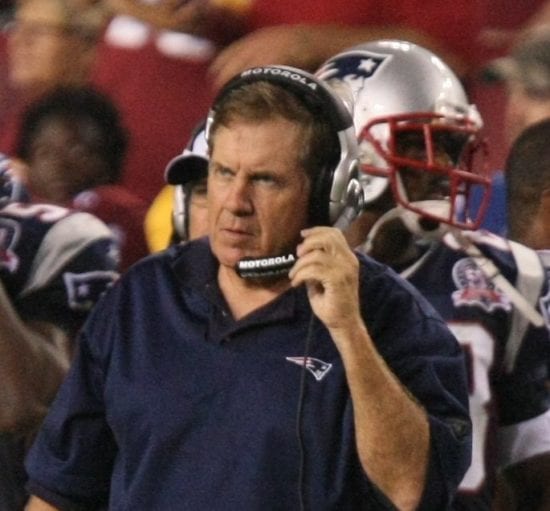 When new players attend team meetings, they’re often astounded by the way Belichick treats his star quarterback. The coach will show film of Brady’s mistakes and then rip into him. Another surprise is Brady’s reaction. He endures it. He acknowledges his screw-ups. He never acts as if he’s beyond reproach. Together, Brady and Belichick showcase a mentor-mentee relationship that just gets results. So how does it work? Most of their relationship is based on mutual understanding and respect. They’ve learned how to get through to each other and recognize that everything is not about them – it’s about the team as a whole.

After 18 seasons, the novelty of the Brady-Belichick dynamic has worn off a bit. People have come to expect this. But both men understand why Belichick’s criticism is important. It shows that nobody, not even the NFL’s golden boy, is bigger than the collective.

Coach Belichick has said many times that his success is closely tied to Brady’s. Yet he’s also shown that his admiration has boundaries. On several occasions, in private, Belichick has told a surprising story. It involves the time he seriously considered trading his franchise quarterback.

Brady had always been a reluctant celebrity but in 2009, after marrying the supermodel Gisele Bündchen, he was forced to embrace the limelight. As his public profile grew, however, the Patriots failed to win a playoff game in the next two seasons. Around that time, Belichick started to wonder about his quarterback’s commitment to football. He called Brady into his office.

Belichick was not afraid of disrupting the Brady-Belichick dynamic. He knew that if he didn’t take a calculated risk to get Brady back on the right track, the team would suffer. The ultimatum Bill Belichick delivered could have bruised Brady’s ego. Any other team would have happily taken him in. But Brady didn’t bristle. He took the criticism to heart, viewed it not as an obstacle but an opportunity and vowed to bear down. From there, the Patriots went 11-15 in the playoffs and won another pair of Super Bowls.

Tom Brady is the rare kind of captain who is open to criticism from his coach. But that doesn’t mean he’s a compliant underling.

Brady’s knowledge of the game is so deep that he has wide latitude to switch plays on the field. His ability to read defenses, combined with the autonomy and independence he’s given, are a vital component.

His independence also goes beyond the field. Before the Patriots play in the Super Bowl, the team’s offensive coaches devise a game plan and present it to Brady. On at least one occasion, after looking it over, Brady has delivered a scathing critique and ordered them to start over.

Brady’s willingness to push back was laid bare this season during a game against the Buffalo Bills. On the sidelines after a failed drive, he was caught on camera screaming unprintable words at offensive coordinator Josh McDaniels. The confrontation was so startling that Brady gave the coach a public apology. “He knows how much I love him,” he said.

Last year, ESPN’s Seth Wickersham reported on signs of a growing rift between Brady and Belichick. The article suggested that the long partnership between them might have frayed to the point where one, or both, might leave. As surprising as this might seem, it’s probably more remarkable that these men have kept their egos bottled for so long.

In sports or business, it’s no secret that people up and down the org chart need to communicate effectively. But my deep dive into elite sports teams shows that all of the coaches we revere most – whether it’s Belichick, Vince Lombardi, Phil Jackson, Alex Ferguson or Gregg Popovich – achieved their greatest results in tandem with a great captain. If the goal is to sustain greatness, as the Patriots have done, the most important thing a chief executive must do is develop a genuine partnership of equals with their most important front-line manager. This is the first step to building a team that works.

This is not a personnel decision every manager labors over. Oftentimes, we use the same criteria to hire our seconds as we use for any employee. Sometimes we settle on someone who’s simply good at following orders.

The truth about coaches is that they’re only as good as their captains, as we’ve seen over and over again with Brady and Belichick. An ideal captain will accept criticism but also has your complete trust and respect. We need seconds who aren’t afraid to rip up the playbook – and we shouldn’t feel threatened when they do.

It may sound funny, but the best model I can think of is an old married couple. These people know their fates are tied. They love, admire and respect one another but they’re not afraid to say difficult things when it matters. They know how to collaborate – but they’ve also learned how to fight.

Sam’s most recent book, The Captain Class, was named by CNBC, the New York Times, Amazon, Strategy+Business and SI.com as one of the best business books of 2017. He is a longtime reporter, editor and columnist at The Wall Street Journal, where he founded the paper’s prize-winning sports coverage in 2009. Learn more at BySamWalker.com or by following @SamWalkers on Twitter.