Not your average “Netflix & chill”

It feels like just yesterday that Tony was walking the red carpet at the South by Southwest Film Festival premiere of Tony Robbins: I Am Not Your Guru.

And now, after months of showings to audiences all over North America, from the AmDocs film festival in Palm Springs to Hot Docs in Toronto, acclaimed filmmaker Joe Berlinger’s buzzed-about documentary is now available on Netflix, streaming to its 75 million members worldwide.

Are you a subscriber? If so, you can watch it now! 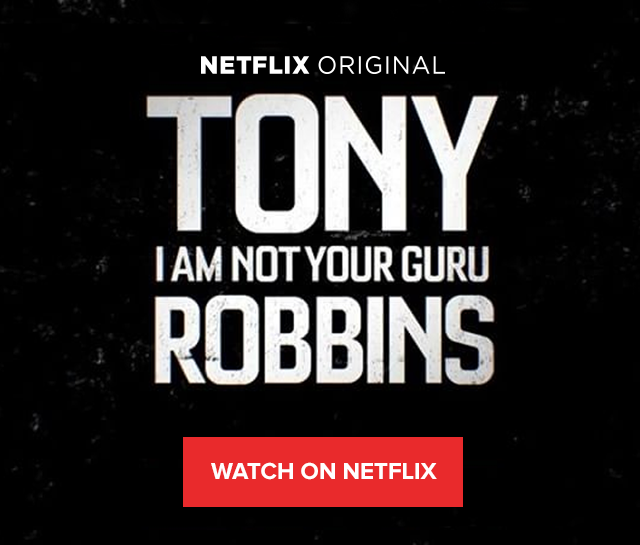 What the critics are saying:

“Spellbinding … A concert of human emotion. It may change your life.” – Los Angeles Times

“A compelling film that should raise healthy discussions”  – The Austin Chronicle

This film is Joe Berlinger’s twelfth feature documentary, and in it he goes behind the scenes at Date With Destiny to capture the emotional self-examination, human psychology and heartbreaking public confessions that occur every year at this life-altering event. 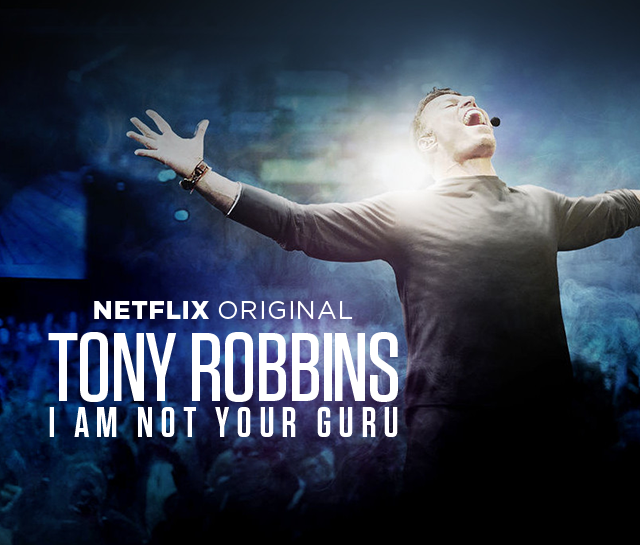 To make this “revelatory cinéma vérité film,” Joe was granted unprecedented access, and many who have attended the seminar have said he captured the emotional tour de force that is Date With Destiny – almost to a “T.”

As a VARIETY review put it:

[People] want psychological dynamite to blast through the personal limitations they’ve been hung up on. The rock-concert atmosphere of surging music, fist pumping, high fives and hugs is almost as key to that breakthrough-inducing atmosphere as Robbins’ own winner-as-everyman persona…

If you’ve ever been curious about what happens at Tony Robbins events, or just want to get a better understanding of the world-renowned life and business strategist, from how he prepares for 60+ hours on stage in front of thousands of people to what truly drives him to do what he does, this film is a must-see.