Home » The definition of extraordinary leadership

The definition of extraordinary leadership

General McChrystal and Chris Fussell on why true leadership isn’t what you think Posted by: Team Tony

We may be apt to hold on to the traditional notion that leadership is defined by rank and order. But your position or title alone does not mean you have leadership skills. Think about it, how many CEOs are there in the world who hold a position of great power but have a nominal impact on their employees? How many managers aren’t respected by those that they manage? Even brilliant and innovative individuals can stumble when it comes to finding their voice.

Being a good leader is not defined by a position, nor is it defined by intellectual prowess or natural talent. Leadership is the skill of influence, something that you can use to impact the thoughts, feelings, emotions and actions of others. And it is the most important skill that any one of us can master.

Tony and Mary Buckheit recently sat down with General Stanley McChrystal and Chris Fussell to discuss what great leadership looks like today and how to cultivate an infrastructure for success in any organization.

Who is Stanley McChrystal?

General Stanley A. McChrystal has been called “one of America’s greatest warriors” by Secretary of Defense Robert Gates. A retired four-star general, he is the former commander of U.S. and International Security Assistance Forces (ISAF) Afghanistan and the former commander of the premier military counter-terrorism force, Joint Special Operations Command (JSOC). He is best known for developing and implementing the current counter-insurgency strategy in Afghanistan, and for creating a comprehensive counterterrorism organization that revolutionized the interagency operating culture.

General McChrystal serves as a senior fellow at Yale University’s Jackson Institute for Global Affairs where he teaches a course on Leadership in Operation. He co-founded the McChrystal Group in January 2011. McChrystal Group’s mission is to deliver innovative leadership solutions to American businesses to help them transform and succeed in challenging and dynamic environments.

Who is Chris Fussell?

Chris Fussell is a former Navy SEAL; he spent 15 years leading SEAL elements in combat zones around the globe. He served as aide-de-camp to Lieutenant General McChrystal during McChrystal’s final year commanding JSOC, becoming an integral part of the team that made JSOC’s transformation into a successful, agile network possible.

Fussell is president at the McChrystal Group, bringing his Special Operations experience and his expertise in leadership development to organizations of all sizes. In addition to being a New York Times bestselling author, he regularly does media interviews, gives keynotes speeches and speaks to business leaders at roundtables and panels.

The shifting definition of leadership

Traditional leadership, especially in the military, uses a command-and-control model. Those at the top make decisions; those below them take direction and execute. But as information moves faster and faster, leaders cannot control everything; agility is more important than ever. One-way information conduits running only to the top no longer work.

Tony, General McChrystal and Chris delve into all of the reasons that leadership no longer comes from a command–and–control model, but from creating relationship-based change throughout the entire organization and by empowering every single person that is part of your business. It’s a major shift that leads to a much better outcome because you’re leveraging your talent instead of delegating.

The core of extraordinary leadership

There are many different styles of leadership. But real leadership always starts with resilience. Because along any journey worth taking, you are going to encounter obstacles and, odds are, you will fail. But if you can embrace failure as a learning experience and turn those obstacles into opportunities, you will develop a deep belief in yourself – and your team.

General McChrystal describes the transformation of his own perspective on leadership, saying, “For years I thought that chess master was the best analogy of a good leader, because they control the pieces and the strategy.” But he quickly learned that teams with autonomy are much more agile – and that gardener is a better analogy.

“The gardener creates the environment,” he says. If they do it right, the garden grows. He realized his job was to be a connector. To orchestrate conversations. To create relationships between teams and departments. To build trust, remain flexible, practice empathy and create a culture of shared consciousness. By breaking out of the traditional sense of leadership, he was able to create a more cohesive and powerful team that is not only more unified, but more efficient and, ultimately, more effective. “It’s the only way to operate in an environment that’s changing fast.”

Real leaders always lead by example. General McChrystal sticks to a strict workout regimen, no matter what, because pushing yourself earns you respect from your team, especially in the military. He knows that through your own actions, you signal to others what is important to you, your team and your organization. So be kind. And never take shortcuts.

When you work on your own ability to lead, you inspire others to do the same. General McChrystal says, “People ask me, When do you lead by example? And I say every minute of every day.”

As important as leadership is, in today’s world, it’s a rarity. That’s not because there is a scarcity of natural-born leaders; leadership can be cultivated. Many of us suppose it’s an innate talent, but anyone can become a leader. You could be the leader in your class or the leader in your own family. You could even decide to become the leader of your own life. As a business owner, you can master team-building, develop leadership programs and make your employees into leaders. And you can leave a legacy that will last for generations. 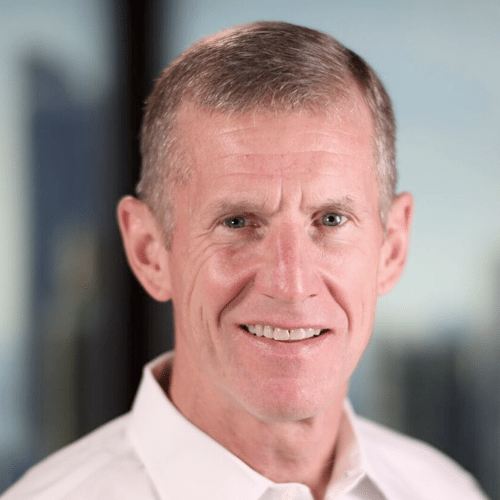 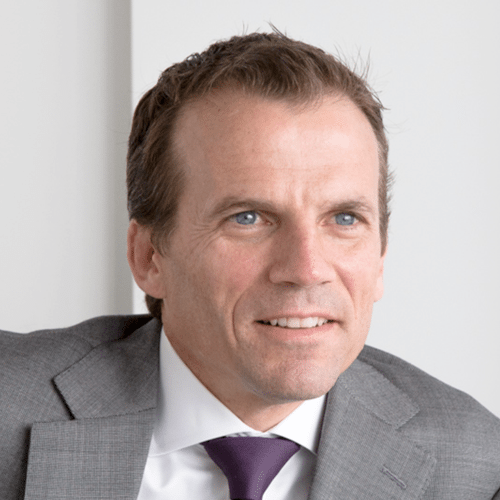