Learn to change the way you think about obstacles at UPW 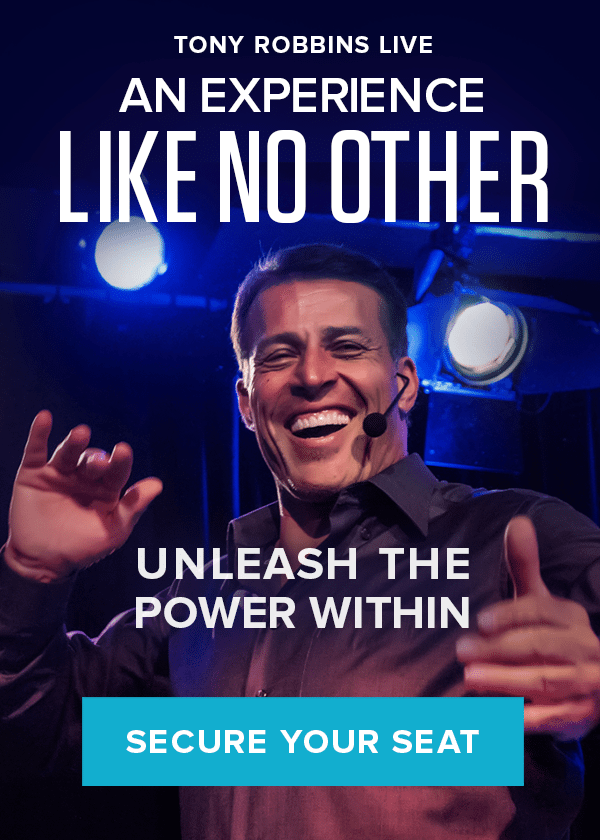 When Brian Cristiano attended his first Unleash the Power Within over a decade ago, he had just about hit rock bottom. Nearing business and personal bankruptcy and behind on his rent, Brian felt sure there was little way out of the pit he’d fallen into. It all seemed hopeless. Knowing he needed to make a change if he wanted to survive, he spent what little money he had left to get to UPW.

It turned out to be one of the most impactful decisions of his life.

Over the course of 3 1/2 days, Tony Robbins helped Brian see how much harm he was doing to himself in his current state. When we are unhappy about something, we often make one attempt at change and then stop if that doesn’t work. As our discontent grows, we begin to think, “Maybe this is just my lot in life.” We start telling ourselves we deserve this state, turning to a sort of self-sabotage that can damage our personal relationships and even harm our business.

At UPW, Brian learned that the way he thought and talked about himself only plunged him deeper into trouble. He effectively reprogrammed his mind, shifting the language he used to think about himself and realizing he was not lost at all – in fact, he was full of potential.

The smoldering heat of the firewalk is daunting for many, but crossing it is a deeply moving experience. Humans are naturally fearful of fire, and that innate wariness allows the coals to act as a stand-in for the forces working against you, whether they’re external forces or your own fears. They are what stand between you and the life you want. “That firewalk was me actually walking across my deepest fears,” Brian said. “On the other side is everything you want.”

Brian realized that if he can walk across fire, he is capable of anything.

A new generation of power

The first time Brian attended UPW, he went for himself. He put what he learned into practice and in 2011 founded BOLD Worldwide, a successful marketing agency.

Over a decade later, Brian returned to UPW, this time as the father of a young daughter. His mission is simple: to be a better parent. It took him decades to understand the power he had within himself; he doesn’t want his child to wait that long. This time around, he took home strategies and techniques that he’ll teach his daughter, giving her the tools for a lifetime of success: “I want her to know what’s possible from day one.”

Ready to look inside yourself and see what you’re truly made of? Over the course of 3 1/2 days, Unleash the Power Within will show you how to mold your life into the masterpiece it can be.

How to stay healthy right now: Dr. Gundry’s message to you